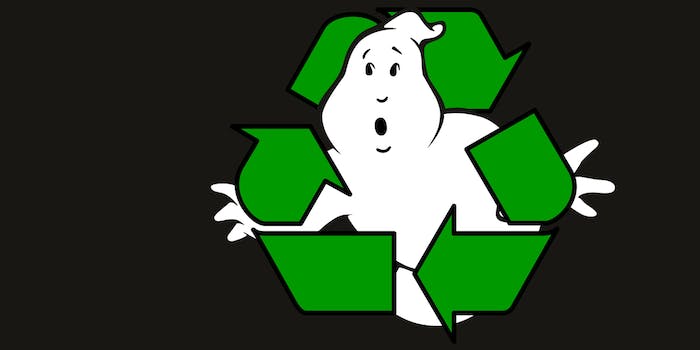 Who are you going to call? Eclectic Method, apparently.

It’s no secret that Ghostbusters is the epitome of awesome. Thanks to a new remix, it’s getting even more awesome.

Eclectic Method, a YouTube channel that remixes popular movies (including A Christmas Story) and other videos, has given both Ghostbusters films its signature electronic treatment. All of your favorite lines are given new life, like Winston Zeddemore’s “I love this town!” and Peter Venkman’s beloved call to arms: “Sometimes, shit happens, someone has to deal with it, and who are you gonna call?” The entire sequence features a reimagining of Ray Parker, Jr.’s classic Ghostbusters tune.

We always knew that “Never cross the streams” was a classic line in film history, but it never has sounded cooler than when it’s presented as part of an eclectic montage—over and over. In fact, anything that makes the late, great Harold Ramis sound like he has even one iota of rhythm is a guaranteed win.