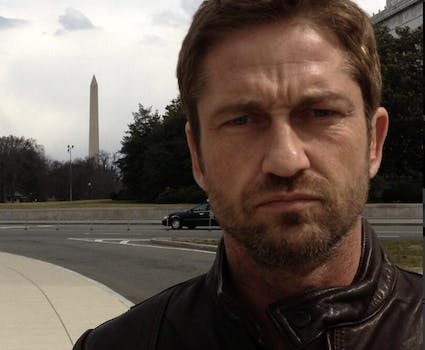 Also: His victories in high school, his favorite scene, and why he had to wear gloves to the airport after 300.

Sometimes the real-life figures behind image macros come to Reddit for an Ask Me Anything interview, and it’s becoming commonplace for movie stars to do them in anticipation of a new release. But rarely do users get both for the price for one, as they did when Gerard Butler—action and romantic comedy star, plus the “this is Sparta!” guy—stopped in Monday evening.

Butler was unabashedly enthusiastic about most topics—like how he recorded Happy Birthday for his mom four times, or how much he identifies with Leonidas, the Spartan king. But he was also humble, noting that his high school accomplishments peaked at “I won some raffles.”

How often do people scream lines from 300 at you? (THE_OWL_KING)

Probably once a day. I actually don’t mind it – I don’t like it if I’m in a place with a lot of people around like an airport – then they scream the line and you’re stuck in line with a thousand people staring at you. But to be honest, I love that people feel so passionate about it. That, to me – the best thing as an actor is to do a role that people don’t forget and they get excited about and they want to shout that excitement out to you when they see you.

Yes. In the movie. But a lot of people say it to me.

Did your mom get to see all of your Happy Birthday wishes to her? Did she like Angela Bassett and all of the others singing Happy Birthday to her? (jen2mat)

Have you ever been so ripped that you were able to bend time? (endercoaster)

Is Morgan Freeman’s voice as captivating in person as it is in the movies? (saltyspitoon)

It’s MORE captivating in person (Morgan’s voice, that is). When Morgan came up on set to say hello, I had met him once before but had forgotten about how tall he was – and he’s such a charismatic, captivating presence. And he walks up, and he’s right in your face with a big smile, and a warm hello, and a strong handshake, and you know he’s arrived. And that’s why he creates such electricity on set.

My favorite scene was my dying scene, when I had to stand up and suddenly in that moment recall my wife and everything I stood for, and I say “My queen, my wife, my love” and I think of all my movies, that is the most powerful moment I ever had. In preparation for each take, I would scream at the ground, clench my fists, and scrape the ground, and cut all my knuckles and rip my nails… I would scream, and scrape, and scratch, and then I would stand and go “GO.”

And they would film.

And it felt so visceral, and so powerful, and the next day, that was my last day of filming, the next day I was leaving Montreal and I went through US IMMIGRATION and the officer asked “what happened to your hands” and I said “I was just scratching the ground” and she took me for secondary questioning, and I missed my flight, and had to stay another day.

So the next day I wore gloves.