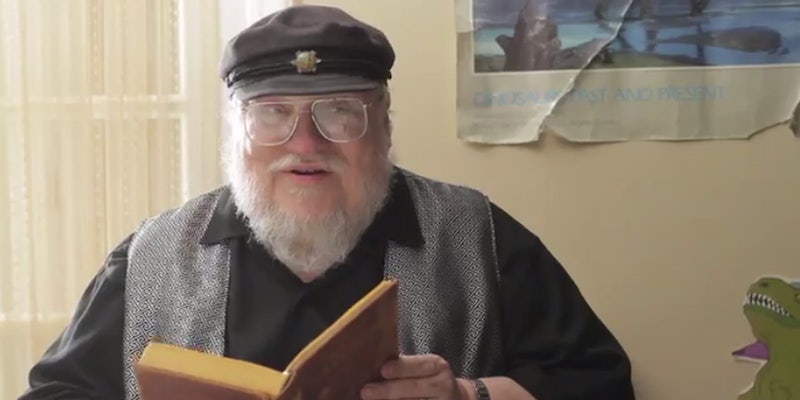 George R.R. Martin makes a cameo on ‘Gay of Thrones’

Nobody's safe in this story—not even the Game of Thrones recappers.

This isn’t your average Game of Thrones recap.

For the past couple of seasons, Funny or Die has made the corresponding Gay of Thrones, a recap show from the LGBT perspective focused around a hairstylist breaking things down for his clients while using names like “Brother D” and “Munch Munch” for the characters whose names he can’t remember. The entire thing is worth watching, especially now that the show is on hiatus between seasons.

They got Alfie Allen on last year, but this time around they finally got George R.R. Martin, who wrote the books Game of Thrones is based on, to lend a helping hand after recapping everything that happened in the finale. Not only does he go full-on Princess Bride, he can finally voice what he thinks of the entitled book fans—something he similarly did recently on Robot Chicken.

Nobody’s safe in this story—not even your favorite recappers.