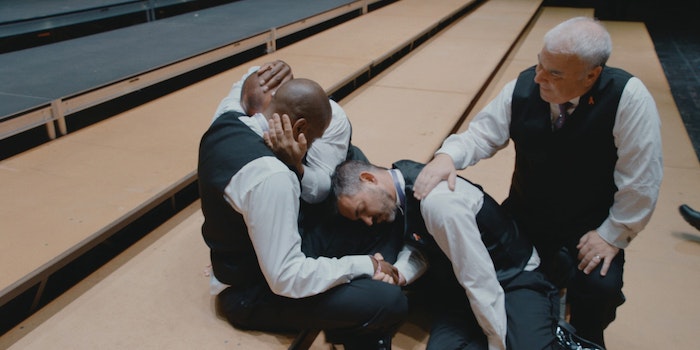 The Airbnb-produced documentary follows a gay men's chorus as it tours through five Bible Belt states.

Early in Gay Chorus Deep South, someone notes that “singing brings us together” in the most troubling of times. In the aftermath of the 2016 presidential election, this sentiment inspires the San Francisco Gay Men’s Chorus (SFGMC) to travel across the Bible Belt to encourage unity and acceptance. The end result is a largely feel-good tour full of both heartwarming and tough conversations amid some excellent music.

After the 2016 presidential election, the San Francisco Gay Men’s Chorus embarked on a 10-day tour across the southeastern United States.

The tour takes the chorus to Mississippi, Alabama, Tennessee, North Carolina, and South Carolina, which have some of the country’s harshest anti-LGBTQ laws. While the singers could have stuck to familiar places, they would have been—get ready for it—preaching to the choir. They compare the fight for LGBTQ rights to the civil rights movement, and at one point, they walk across the Edmund Pettus Bridge in Selma, Alabama—the site of the Bloody Sunday civil rights conflict in 1965. 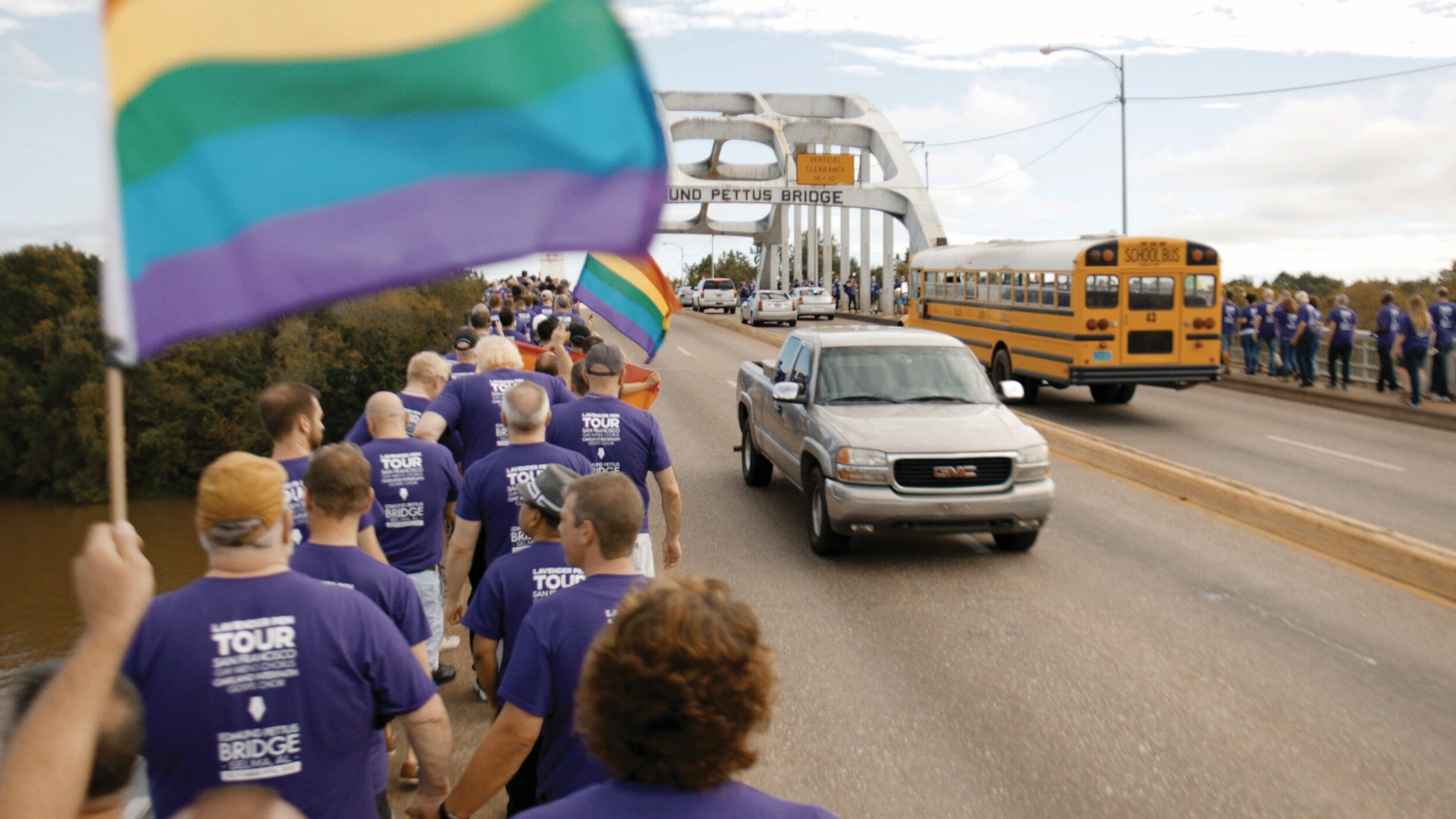 The documentary spotlights both members of the chorus and the people who encounter them. Dr. Tim Seelig, the SFGMC conductor who’s often seen lifting up his fellow members, discusses how, after he came out, his Baptist church in Texas not only forced him away from his children but also funded litigation against him during his divorce. Jimmy White, a chorus member facing a cancer diagnosis, hadn’t spoken to his father in several years before his family watched him perform. Riley, a teenager who attended one of SFGMC’s performances during the tour, was kicked out of her house for being queer; seeing the chorus perform is one of the first events she’s been able to attend as part of the LGBTQ community. Ashlé, the first trans woman to be part of the chorus, is anxious about how people in the South might perceive her.

These people’s stories shine throughout Gay Chorus Deep South, which includes a mix of vocal performances, behind-the-scenes glimpses of the tour itself, and the chorus’s efforts to reach out to the other side. Seelig goes on a conservative radio show to promote the tour and the message it hopes to bring to the South, while Ashlé stays with a religious family in Alabama, where they discuss their similarities and differences. At one point, a chorus member receives a quilt as a gift from a woman with whom he’s connected online, but initially assumed would not be as open in real life. 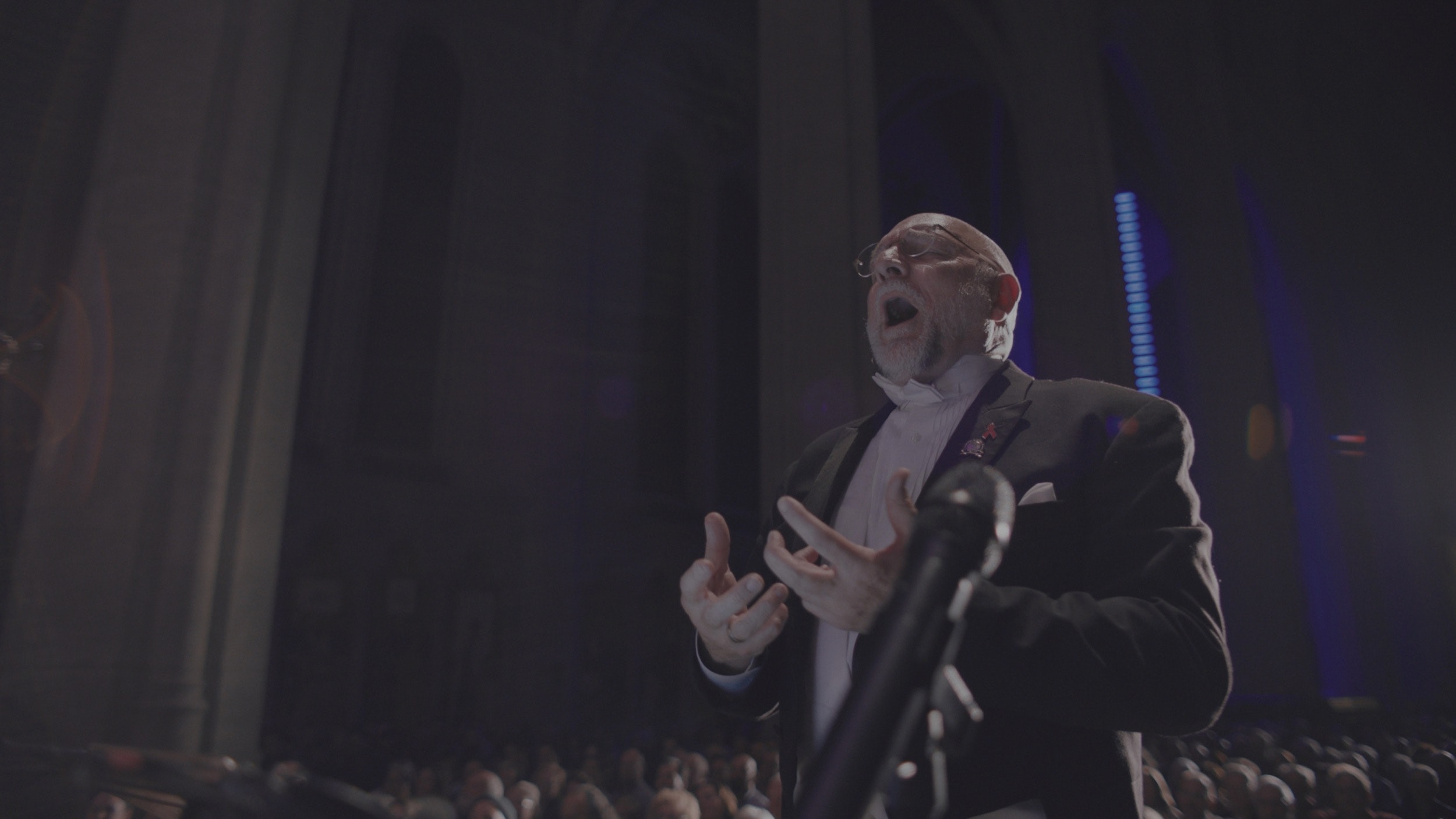 The film culminates in an emotional performance at a South Carolina Baptist church, marking Seelig’s first return since he was kicked out of his own. For all of Gay Chorus Deep South’s triumphs, though, it doesn’t shy away from the hateful pushback the chorus received from touring the South. But based on what we’re shown—from the small groups that protest the chorus, to a homophobic voicemail, to Seelig’s struggle to book a gig at a church—these hateful responses seem to come from a small but vocal minority.

Gay Chorus Deep South simultaneously humanizes the members of the chorus and the residents of the South with whom they connect. But while the music brings everyone together for a little while, it’s clearly just one small step toward healing and acceptance.