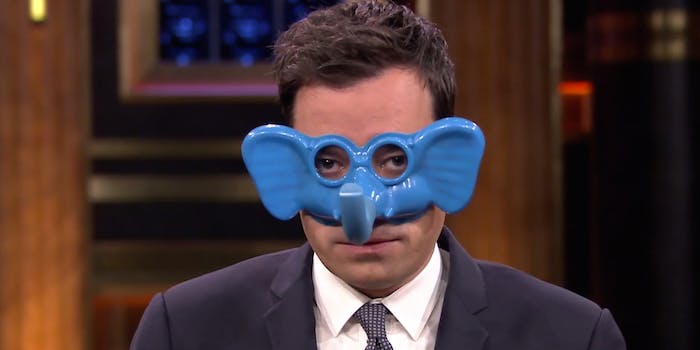 Jimmy Fallon debuts ‘do not game’ list of terrible, defunct board games

Monopoly doesn't look so bad now, does it?

We remember some of our favorite board games from childhood fondly, but let’s face it, most of them are terrible. Variety game enthusiast Jimmy Fallon is set on reminding all of us what we were lucky enough to miss out on.

His debut “do not game” list features defunct, real board games. They’re offensive, overly complicated, and just plain strange. He’s ever the good sport, so he tests them out and shows off their features, even though he can barely figure out what to do and gets too annoyed at the historic inaccuracies.

Just remember, someone thought this was a good idea, had it designed, boxed, and sold to the masses. And in one notable case, that someone was Vanilla Ice.