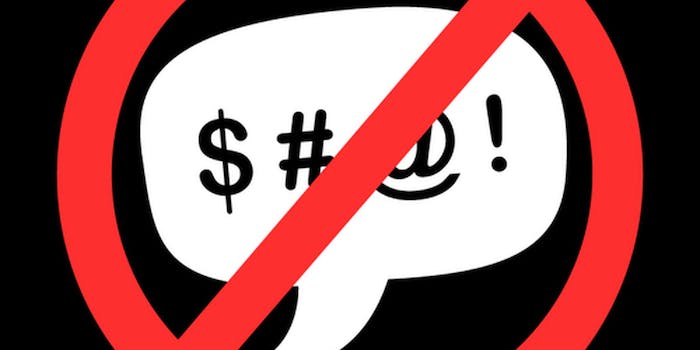 Sam Killerman's website allowed users to pledge not use "bigoted language while gaming." Now those pledges have been replaced with NSFW images.

Sam Killerman of Gamers Against Bigotry wants to end online bullying. But by speaking out against it, he made itself a target for this same harassment.

Killerman’s website, which has gained support from big names in gaming like Wil Wheaton and Anita Sarkeesian, let users pledge not to use “bigoted language while gaming, online or otherwise.” As of Monday, however, that growing chorus of voices has been silenced.

“Unfortunately, the database of pledges was deleted by hackers, causing us to go from nearly 1500 pledges to ZERO,” Killerman wrote. “Attempts to restore the database have been met by repeated attacks, rendering the pledge component of the site essentially useless.”

Where 1,500 people once pledged to curb their sexist, racist, Ableist, and homophobic language during gaming, hackers have inserted NSFW images like Goatse. Killerman said he’s been unable to restore the pledge page permanently, but users are continuing to sign it in the gaps between takedowns. .

In the meantime, Killerman urged supporters to donate to Fund Gamers Against Bigotry on IndieGoGo. The group is very close to reaching its goal of $700, which it will use to contract, among other things, a developer to defend against hackers.

“I’m putting my money where my mouth is—because this censorship has got to stop!” one contributor, k.elling, wrote.

Killerman, an Austin, Texas-based gamer, wrote on Twitter that the harassment has only emphasized the importance of the project.

“Cyber bullies attacking us for standing up against cyber bullies — it’s so… meta,” he tweeted.

Photo via Gamers Against Bigotry