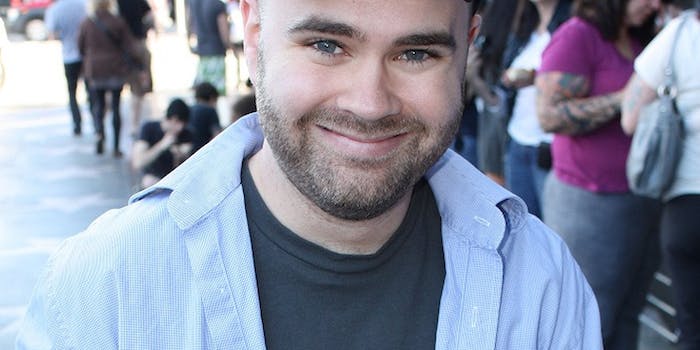 Paparrazzi are nowhere near as annoying as rabid fans on Twitter.

Game of Thrones fans, like most, can take their possessiveness to ridiculous extremes. Now their criticisms have forced a writer for the hit HBO show off Twitter completely.

On Monday, following a stream of critical tweets after Sunday’s showing (Game of Thrones airs on Sundays at 9 pm), Bryan Cogman had enough.

“You know what?” he tweeted. “I’m done. Thx to all of you who’ve been kind & respectful. Enjoy the rest of the show. #NoMoreGoTWritersOnTwitter”

What made him flee? Cogman later clarified his decision to leave the micro-blogging site in a letter now published on TV show fan site Winter is Coming.

“They’d either rant at me about what they didn’t like or, at their worst, insult me and my bosses. I realized today I was spending too much time weighing on how/if I should respond and being frustrated by the negativity,” Cogman wrote. He added that the feedback was “running the risk of affecting my work.”

Cogman admitted the hashtag #NoMoreGoTWritersOnTwitter was “immature” and the decision to delete his Twitter presence was “an emotional reaction after a long day.”

Fans were instantly upset, with many begging him to reconsider or ignore the “trolls.” Others offered encouraging words, made fun of Cogman’s “writer’s tantrum” or lashed out at Twitter as a whole.

“I just noticed that @BryanCogman left Twitter,” Twitterer Lifeinspoons wrote. “It seems fans were being assholes. Thanks a lot, nerds. You guys know how to ruin everything.”

And a few just couldn’t help themselves from making more jabs at the show’s writing.

That’s likely a prime example of the type of  “choice tweets” that  drove Cogman to quit in the first place.