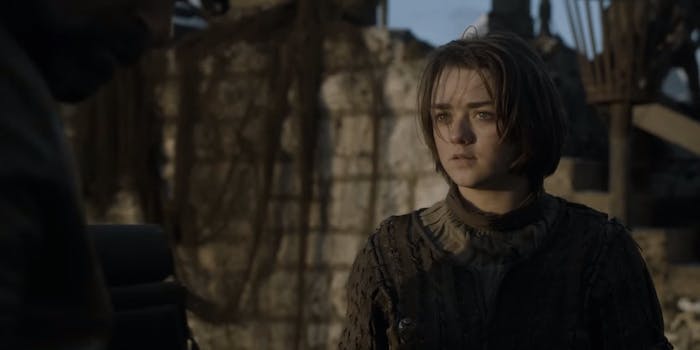 ‘Game of Thrones’ characters get the theme songs they deserve

Just try to top Arya dancing around to Destiny's Child.

Over the past four seasons, Game of Thrones has taken care to craft quite the musical legacy for itself. From creating a theme song that’s been covered a thousand times over to having big-name bands like Sigur Rós cameo, Westeros has become a rather musical realm. HBO went a step further by enlisting some of hip-hop’s biggest names to help them produce a mixtape called Catch the Throne.

But all that noise wasn’t enough to satisfy us here at the Daily Dot. After spending four seasons with our favorite characters, we decided it was time to give them their lyrical dues. Drawing upon their unique personalities and detailed backstories, we assigned Arya, Daenerys, Bran, and others a cast of popular tracks to serve as their theme songs. Enjoy!