New cast members, a hilarious blooper reel, and a group selfie are just some of the Game of Thrones news coming out of San Diego Comic-Con.

While not much is known about the the upcoming season of Game of Thrones, one thing is certain: HBO’s hit TV series is growing.

At this weekend’s San Diego Comic-Con, the premium TV network shared a video featuring the newest cast members in the upcoming fifth season, slated for April 2015.

These new additions include:

Pryce was the villain in Tomorrow Never Dies and was Governor Weatherby Swann in Pirates of the Caribbean.

If all of that wasn’t enough to tide you over until spring 2015, the cast snapped this selfie with iJustine:

…and we still had room for a few more Game Of Thrones cast members :) #SDCC @etnow #etnow pic.twitter.com/TL9aAXFv7o 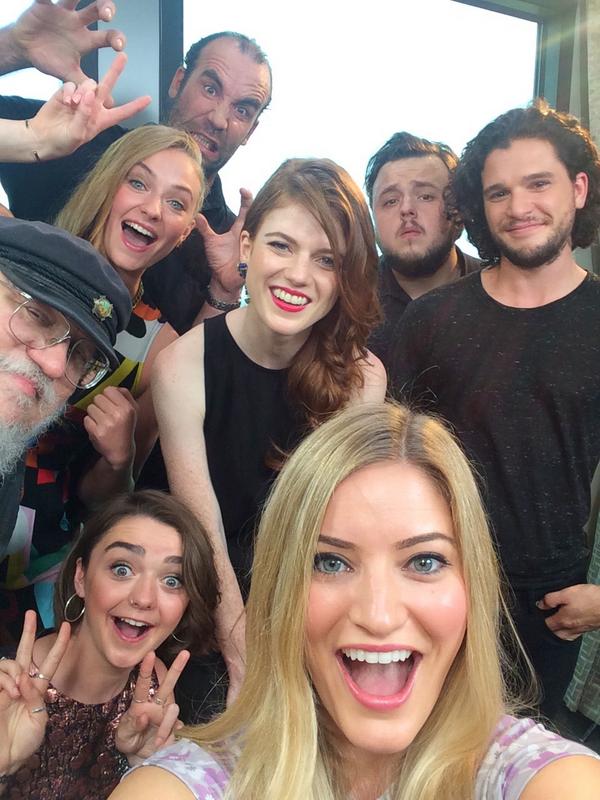