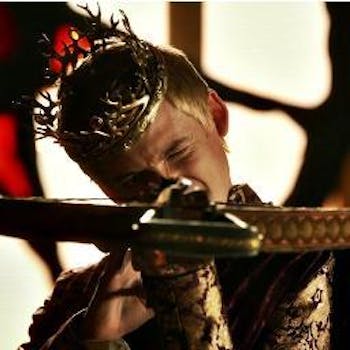 We don't quite understand who'd want to roleplay as Joffrey.

Sex, lies, and verbal japes are thriving in Westeros once more, and fans of Game of Thrones are celebrating the return of the HBO fantasy show.

Perhaps none are more delighted than a group who embody some of the key characters of the Seven Kingdoms (and beyond) on Twitter. The roleplayers often tweet multiple times a day about the troubles facing King’s Landing, Dragonstone, and their fragile egos.

Lannister family patriarch Tywin hasn’t tweeted since 2011, though the rest of his house members often snipe at each other. Tywin’s account is still visible, so he’s maybe taking heed of the House Greyjoy mantra “What’s dead may never die.”

Here’s a look at some of the more compelling recent tweets and conversations between Lannisters, Starks, and Baratheons, even if we don’t quite understand who’d want to roleplay as Joffrey.