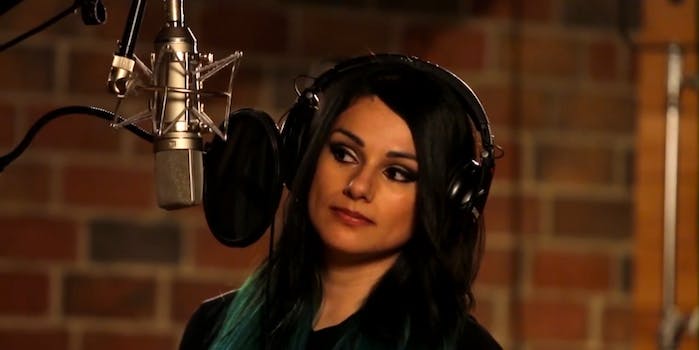 Prepare yourself for the ‘Game of Thrones’ rap mixtape

The night is dark and full of, uh, rhymes?

In an attempt to widen the show’s appeal, HBO has recruited a variety of hip-hop and Latin artists to rap about Game of Thrones for a curated mixtape set to be released on SoundCloud Friday, well in advance of the season premiere.

Catch the Throne will feature Big Boi, Common, Wale, Daddy Yankee, and Bodega Bamz, among other performers, contributing Game of Thrones–themed songs to the mixtape.

While Game of Thrones averaged about 14.2 million viewers per episode last season, Nielsen reported that the audience was 76 percent white. HBO is trying to spread the outreach of the show through rap music.

“Our multicultural audiences are a very important part of our subscribers, and we don’t want to take them for granted,” HBO’s Senior Vice President for Multicultural Marketing Lucinda Martinez told The Wall Street Journal.

HBO did not disclose how much the project cost or what it paid the artists.

Many of the artists working on the mixtape are Game of Thrones fans themselves. Rapper Magazeen loves King Joffrey, while Common, who compared the mixtape to early Wu-Tang Clan albums, is more of a Tyrion Lannister fan. Big Boi has already rapped about Daenerys Targaryen, and he’s even reading George R.R. Martin’s books and is just happy about being included in the process.

“I’m really happy,” Big Boi said. “I get to be part of the process of one of my favorite shows.”

Update: Catch the Throne is out, and if you’re not fully caught up with the show, I’d avoid it until you are.

Big Boi’s “Mother of Dragons” is by far the most popular song on the playlist, but it’s also the first one people click on. “Iron Throne” and “King Slayer” are both great listens, but the entire mixtape is worth checking out. It’s like the Game of Thrones rap version of Wizard Rock, and if HBO did something similar with other music genres in the future, it could go over really well.

And I’d love to see some of the music in future promotional content.