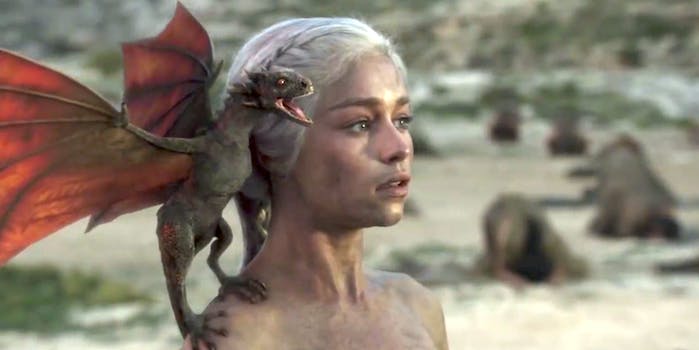 Game of Thrones has claimed the title for the most pirated show of the year for the second year running, according to TorrentFreak.

As one of the more popular shows on cable television, Game of Thrones has already broken piracy records. The season premiere on March 31 was downloaded by more than 1 million users in the first 24 hours after it aired, setting a record at the time.

The majority of downloads for an episode occur within the first week after an episode aired.

While many showrunners have spoken out against piracy, the issue didn’t seem to bother Game of Thrones director David Petrarca, who said that the show survives on “cultural buzz,” which is partially sparked by piracy. Meanwhile, Time Warner CEO Jeff Bewkes called the piracy “better than an Emmy.”

Viewers have expressed interest in watching Game of Thrones legally if HBO offered an à la carte version of HBO Go without a cable subscription. The channel didn’t appear interested in offering that service, but now some markets allow you to buy an Internet-HBO bundle without access to other cable channels.

The Big Bang Theory, Dexter, How I Met Your Mother, and Homeland round out the top 10, which can be found at TorrentFreak.