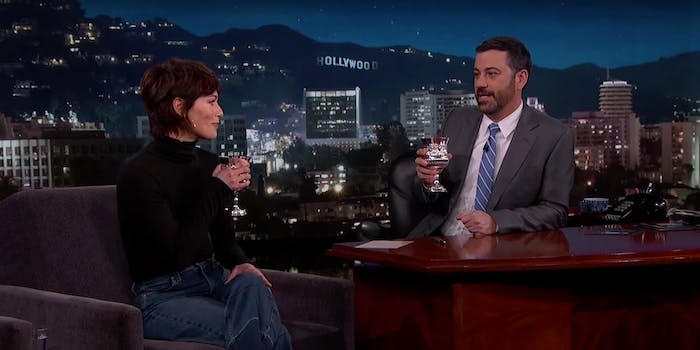 'I'm going to punch you in the face.'

Lena Headey’s Cersei Lannister is finally among people like herself, and The Bachelor just as cutthroat as Westeros.

The last time Headey chatted with Jimmy Kimmel, they conversed in a game of insults, but now she’s deep in the world of The Bachelor. With a goblet of wine at her side, she reads real quotes from some of this season’s contestants in Cersei’s trademark drawl. It’s the same voice Cersei used whenever she lobbed an insult at someone beneath her—namely, most people she interacted with on a daily basis.

Cersei is a perfect fit for The Bachelor, but the contestants would just as easily fit into Westeros. After all, both worlds have similar double standards placed on the women who inhabit them.