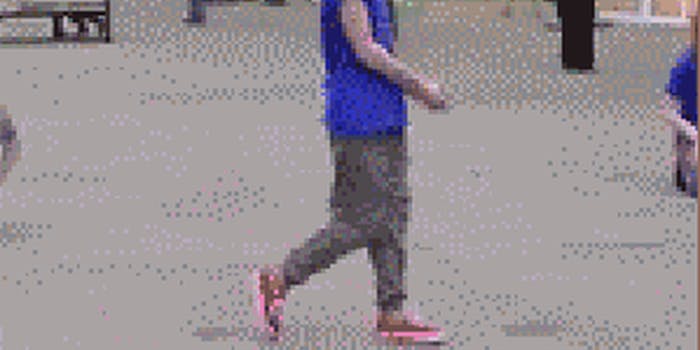 The Morning GIF: Game of pants

Hammer pants are a notoriously tricky garment to pull off, making most wearers look like stumpy, balloon-thighed disco gnomes from a previous century. Here, however, brazenly flashing her pants’ Hammer-ness, Williams shows that, with the right attitude, any garment—even jersey Hammer pants—can be rendered cool. It’s the insouciant petticoat wave toward the end that really makes this GIF and the look.

Journalist Brian Van uploaded the GIF to Tumblr, where it has received a scant five notes.

In related news, the 14-year-old Williams already dances better than you. Please note that you cannot, in fact, touch this (at least until she’s 18).