We know about the big twists, but this is what you missed while that went on.

It was an episode packed to the brim with big moves, fights, and multiple deaths—even though it didn’t include a twist from the books—and while you’re caught up in the frenzy of what you’re watching and live-tweeting, it’s easy to miss out on some of the smaller details the first time around.

The show is full of slow-burn plots, and this episode saw plenty of them. Arya Stark used an iron coin given to her two seasons ago by the faceless assassin Jaqen H’ghar and Bran Stark finally met with the Three-Eyed Raven in human form, who’s been contacting him since the first season.

But even with those plots coming to fruition (with many more probably not paying off until next year), there are plenty of small and clever nods throughout, and not just the mere coincidence of Tyrion Lannister committing patricide on Father’s Day.

We’ve found some of the subtler points in “The Children” sure to truly give you an even bigger appreciation for the finale—and the sheer amount of detail put into each episode.

1) Oberyn Martell got his revenge beyond the grave.

Oberyn, the Prince of Dorne who quickly became a fan favorite only to die seeking revenge for his sister’s death at the hands of the Mountain, may have found a way to kill the man who “raped her, murdered her, and killed her children.”

Just look at this scene from “The Mountain and the Viper.” While we’re paying more attention to Oberyn and Ellaria Sand’s tender moment, Oberyn’s squire is busy cleaning the spear he is to use during the Trial by Combat. 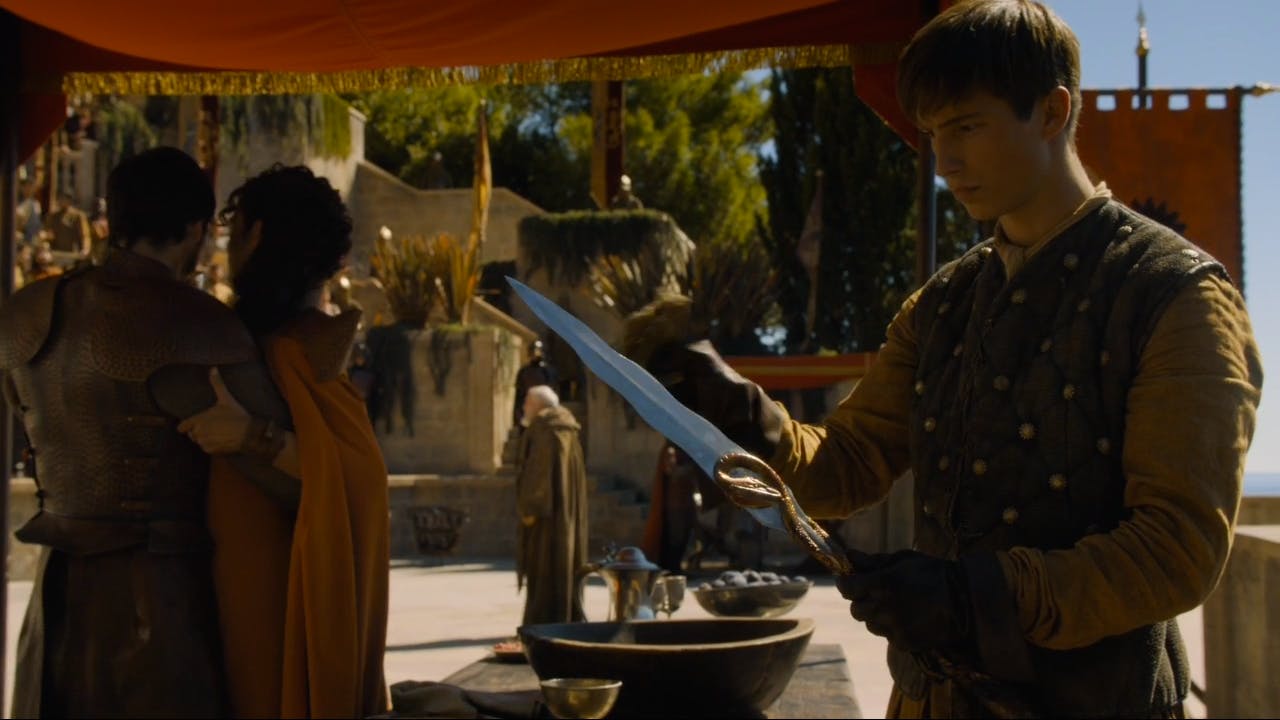 Or is he? Oberyn’s nickname, the Red Viper, is known throughout Westeros, and Tywin Lannister in particular mentioned Oberyn’s affinity for poisons when trying to recruit him as a judge.

In “The Children,” we see the Mountain in great pain, suffering from the effects of being poisoned by Oberyn’s spear, and the scene with the squire may be the very instance when we saw the poison applied. Grand Maester Pycelle thinks he’s a goner, but Qyburn has other plans.

At first glance, Littlefinger is comforting Robin Arryn after his mother’s “suicide” and explaining how anyone can die at any moment, and that everyone dies eventually. 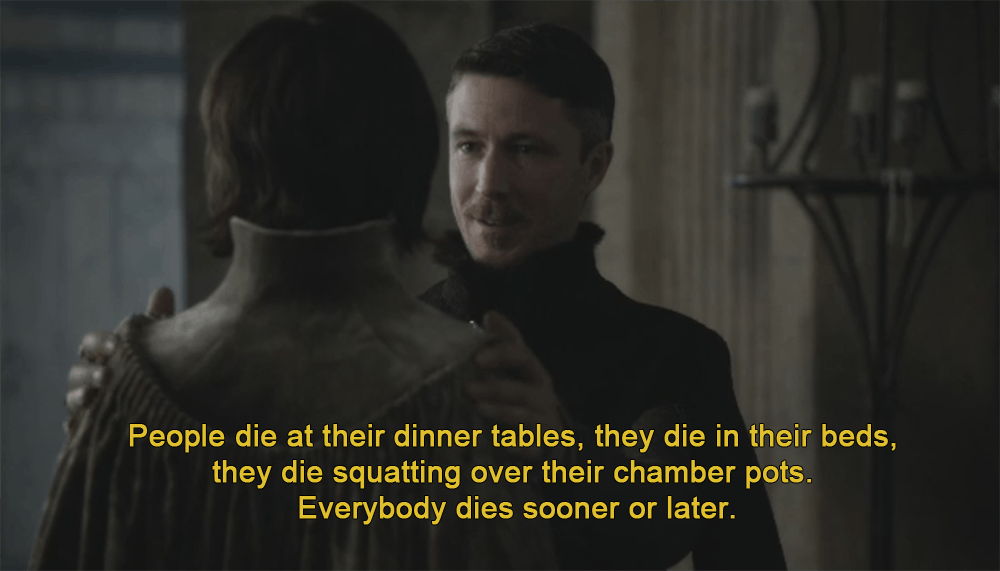 But now that we have the finale on our hands, that throwaway line has a lot more weight to it—and foreshadows multiple deaths.

“People die at their dinner tables” could be either the Red Wedding or Purple Wedding. King Joffrey, Robb Stark, and Catelyn Stark were all at the tables when the attacks started, but it’s of smaller importance since those events already happened.

However, “they die in their beds, they die squatting over their chamber pots” is a lot more interesting. Just two episodes later, Tyrion strangles Shae after finding her in Tywin’s bed, one last stab to his already broken heart, and shoots Tywin with a crossbow while he’s in the privy.

One (or many) at the table, one in the bed, one on a chamber pot. Littlefinger’s unintended prophecy revealed. It’s something knowing book readers hinted at in forums, but it doesn’t mean the payoff was diminished any by knowing.

3) The Breaker of Chains being the chainer of dragons.

Daenerys Targaryen’s entire schtick since season 3 was to free the slaves in the different cities in Essos. She gained the Unsullied at Astapor and received a crowd-surfing welcome at Yunkai, but Meereen’s reception hasn’t been so friendly. There was enough unrest that she decided to stay and rule as queen.

Earlier in the season Daenerys gave a man gold after Drogon, her black dragon, killed his goats, but she couldn’t really do the same when a man came in with the burned skeleton of his 3-year-old daughter, also at the hand of Drogon.

She refused to sell a man back into the chains of slavery earlier in the episode, but now she had to go back on her own word: She chained her other two dragons, her children, in order to prevent more deaths. 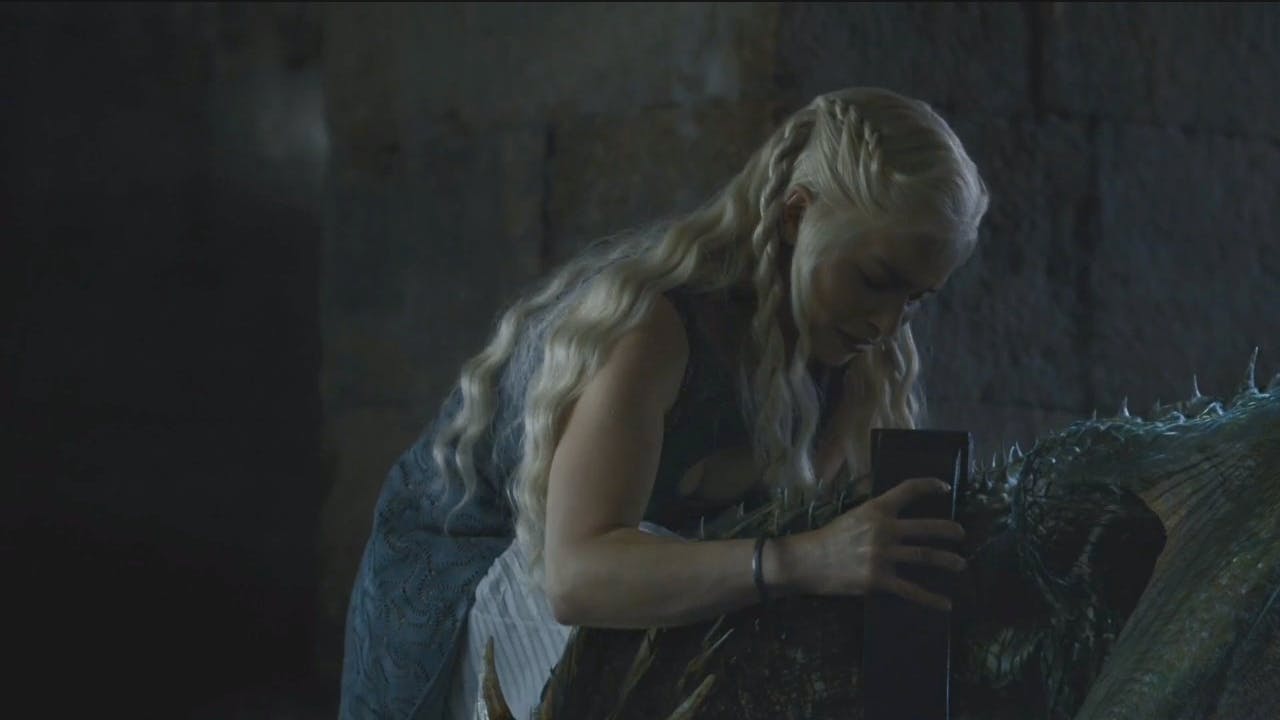 Breaker of Chains? Well, not for her own kids.

4) Jojen Reed saw his own death—and the Children of the Forest’s rescue.

Even casual viewers noticed that the closer to the Weirwood tree Bran, Jojen and Meera Reed, and Hodor got, the sicker Jojen became.

While they were captured at Craster’s Keep, Jojen reassured Bran and Meera that they wouldn’t die there and would make it to the Weirwood tree. It’s not the end for you, he said.

When asked they would know the end by Meera, Jojen looks at his hand. It’s on fire, something only he can see. 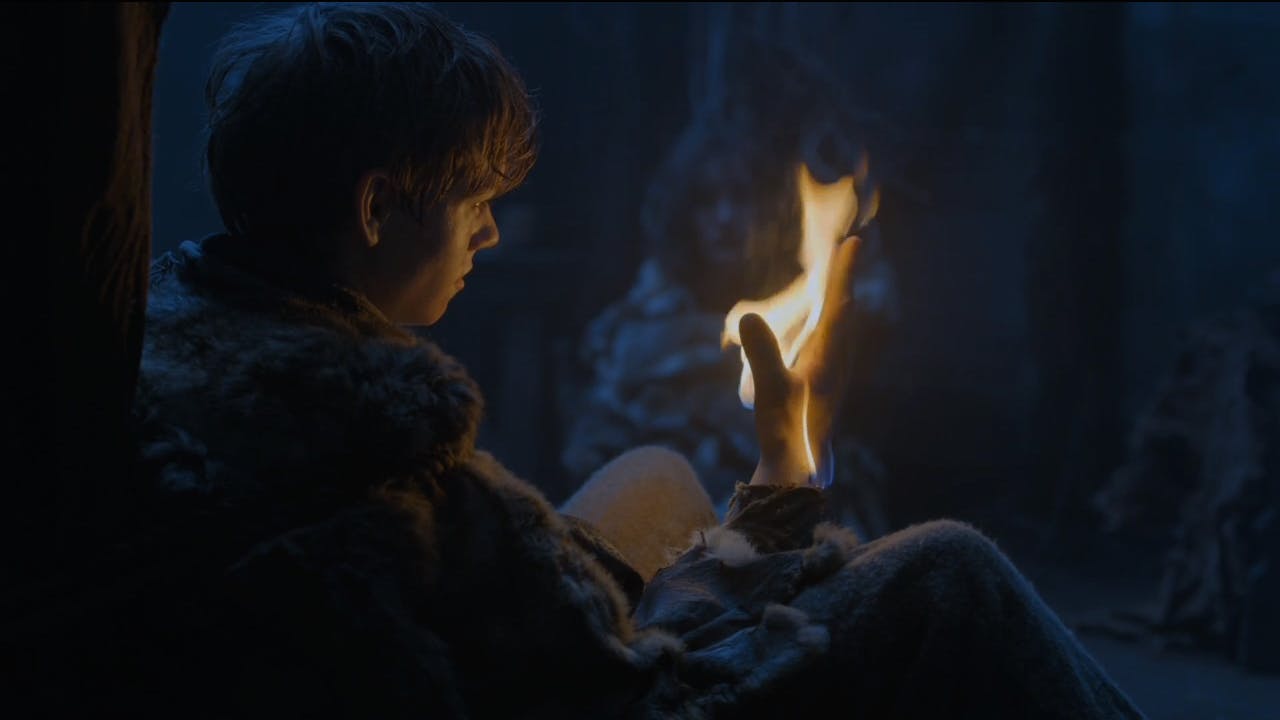 True to Jojen’s word, they make it to the Weirwood tree in the finale, but he doesn’t. He’s stabbed by a Wight in the stomach and then one of the Children of the Forest throws a fireball where he and the Wights lay.

5) Stannis Baratheon to the rescue.

People may finally be on Team Stannis after he came to the aid of Jon Snow and the Night’s Watch, but it wasn’t completely out of left field for the one character who’s frustrated plenty of fans.

It first started after Davos Seaworth received a distress letter from Samwell Tarly last season. It’s one Sam sent to all of the kings because for him, it didn’t matter which one was legitimate as long as someone came with aid against the Wildlings and White Walkers.

It’s the saving grace that saved Davos from execution, and while they didn’t immediately set sail, they’ve been carefully plotting all season—most particularly, heading off to Braavos to get a loan from the Iron Bank. It gave them the means and supplies to travel north and eventually come to their aid. 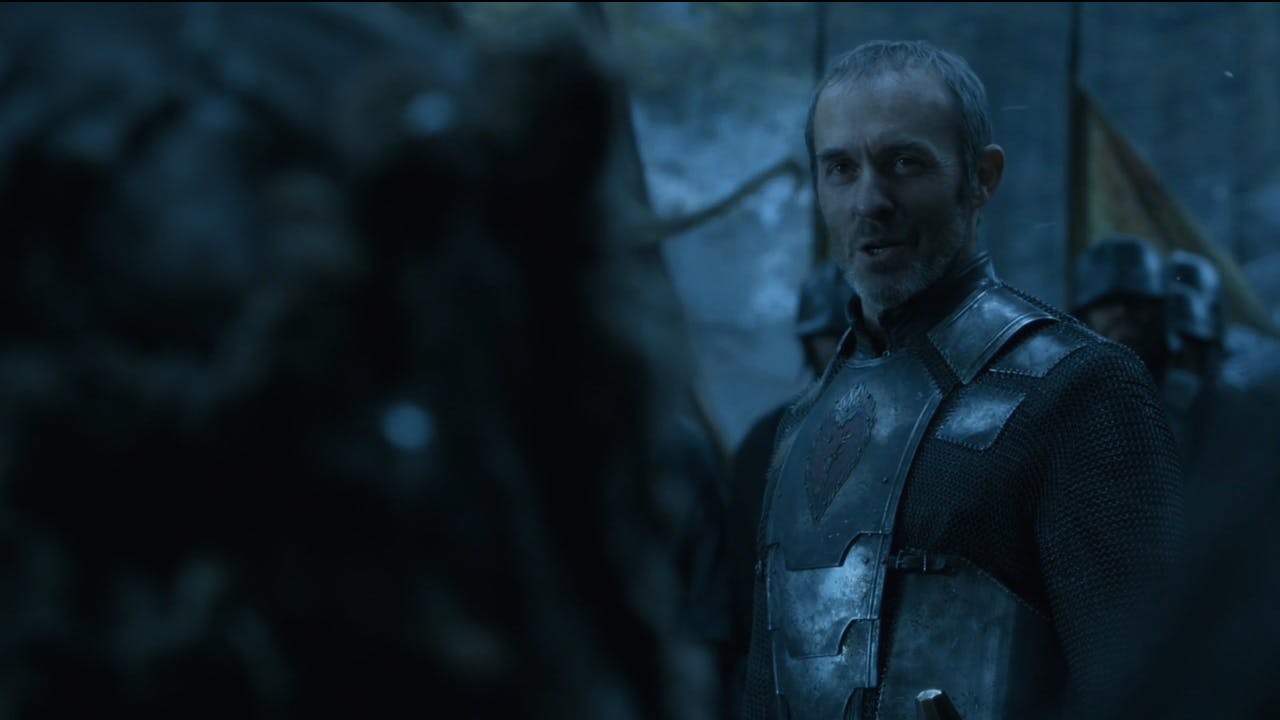 So when Stannis and Davos are revealed at the helm of the army, it’s not only a relief, it’s a celebration of a character finally getting his due.