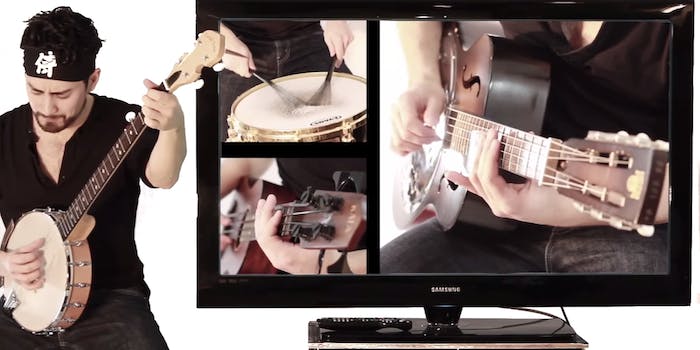 The perfect music for a show set in wild, wild Westeros.

We hadn’t considered the idea of Game of Thrones as a Western until now, but thanks to this YouTube musician we can’t stop thinking about it.

The Samurai Guitarist specializes in multi-instrument covers like this impressive “guitarcapella” rendition of “Harder, Better, Faster, Stronger.” His latest video is a must-listen for anyone who can’t get the Game of Thrones credits out of their head. Using banjo, drums, and multiple guitars, the Samurai Guitarist creates a perfect bluegrass rendition of the Game of Thrones theme music.

This is what the show would sound like if it was a Western rather than a Medieval fantasy drama, right?

We kind of want to see someone dancing to this now. Game of Thrones fandom, any takers?