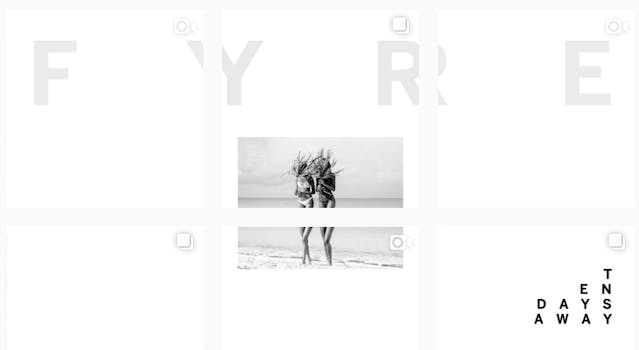 The Fyre rages on.

It looks like the FBI joined the growing list of individuals demanding answers from Billy McFarland, founder of Fyre Festival, and his collaborator, Ja Rule.

Fyre Festival has become the focus of a criminal investigation, with the FBI looking into possible mail, wire, and securities fraud, according to a report published by the New York Times on Sunday.

“The investigation is being conducted by the United States attorney’s office for the Southern District of New York and the FBI,” the story said. “It is being overseen by a prosecutor assigned to the complex frauds and cybercrime unit.”

Fyre Festival went viral after attendees expecting an ultra-luxe festival arrived on Great Exuma to find they barely had the essentials to survive.

Employees of Fyre Festival reportedly expressed concern over rumors of an FBI investigation, according to audio from a meeting at Fyre Media obtained by Vice News. At the time, McFarland didn’t seem very concerned.

“That’s really more of an individual thing,” McFarland said in the meeting.

My guess is @realDonaldTrump nominates #JaRule as FBI Director. Fyre Festival got a lot of publicity.

Since the festival ended in disaster, seven lawsuits have been filed, with over 100 plaintiffs asking for millions of dollars. One lawsuit filed by National Event Services, the organization hired to provide medical services, said they arrived to find bug infestations, bloodstained mattresses, and no air conditioning.

To top everything off, headliner Blink-182 still has equipment tied up in “customs limbo,” and the festival owes a restaurant owner from the Bahamas $134,000.

McFarland and Ja Rule probably wish they hadn’t spent their entire budget on models and yachts.