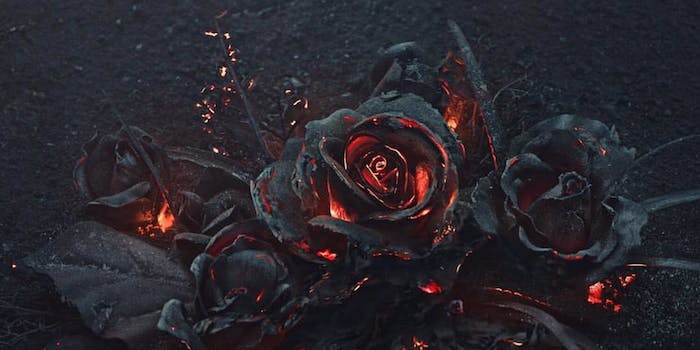 What a time to have an iPhone.

Drake is the most popular rapper on the planet. But it’s actually the Atlanta native Future who is the best rapper working, a fact Drake basically attested to by tying his wagon to Future’s less spotlight-obsessed star on last year’s collaboration What a Time to Be Alive.

Future has been on an extended run since late 2014, where he released five proper projects in a year, all of which were well received by both critics and fans. He continued that streak into 2016 upon releasing the free online mixtape Purple Reign just three weeks into the new year.

And just to outdo himself, it wasn’t a day into the second month of 2016 that yet another Future project was announced.

EVOL is Future’s fourth studio album, and much like how Drake fans might be forgiven for not knowing who Future is, it would be understandable for casual Future fans to not even be aware of this album. After all, it was less than a week ago that hip-hop life coach and Snapchat sage DJ Khaled revealed the album’s existence. And, true to his word, Khaled premiered the 11 songs on his inaugural Beats 1 show late Friday.

As expected, Future in the studio with DJ Khaled to premiere the former’s new album on the latter’s first Internet radio show immediately drove a ton of interest on social media.

Not only did #EVOL trend on Twitter yesterday thanks to a combination of #FutureHive hyperbole and jokes about his public relationship situations, people also filled his ex-wife Ciara’s Instagram comment section with emojis meant to represent the album. Apparently that is just a normal, disrespectfully petty thing that fans on Instagram do now.

During the interview portion of the radio show, Future’s laid-back slurring didn’t get many words in between Khaled’s exultations of “special cloth alert!” and other positive affirmations, but the street auteur did speak a bit about the title of the project. Future mentioned that “EVOL” is, in fact, “love” backward (while pronouncing it like “evil”), and he also emphasized that it is short for “evolving.” It is unclear, exactly, how Future is evolving. The content on EVOL is mostly raps about money, sex, drugs, and guns—things he’s rapped about since he emerged as a solo artist five years ago.

But the beats on the album are out of this world. Future has always fancied himself an astronaut, but some of this production from longtime collaborators Metro Boomin and Southside has its own dark matter gravitational pull. And while the subject matter of the raps can be either clichéd tropes or the embodiment of Americana depending on perspective, Future is obviously at the top of his game.

It’s not that Future makes being a drug addict or even a drug dealer seem especially fun, he’s just vivid as hell whether using emotional depth or stark turns of phrase, like “pissing out the codeine from the night before” on “Lil Haiti Baby.” As far as profundity, it’s mixed right in with all the emotional shallowness—you need to stream closely. On that same song’s chorus, he puts in contrast youth and violence, which could even be read as autobiographical: “Oh he popping wheelies a lil’ Haiti baby… Shot the whole window up in broad day/Oh that’s that lil’ Haiti baby.” Later, on “Lie to Me,” he tries to make sense of his significant other’s lies and his family’s willingness to tell lies for him.

EVOL only has one feature, the parodic “Low Life” with Toronto scumbag crooner The Weeknd. With talk of getting kicked out of the Ritz Carlton four or six times, everybody getting high, and Future getting caught cheating but refusing to apologize, the two take their scrubby personas to a comedic extreme. They even brag about ashing on the floor and doing drugs “with your daughter.”

The album is coherent and firmly in step with Future’s recent output. Even though my first impression would put it toward the wacker end of Future releases, it will no doubt be included in the now seven-record-long streak that has cemented his status as more than just a hook man or niche artist. However, that run of music has yielded somewhat little by way of traditional metrics. During that time, the only Future album to go gold was the collaborative mixtape with Drake, and the only Future singles to go platinum were the two with Drake on them.

There may not be such a thing as a popular rapper besides Drake anymore. Even Kanye West’s upcoming seventh album will assuredly take a dip in sales from 2013’s Yeezus, already his worst-selling solo album. Nicki Minaj couldn’t get her last album platinum, even after nearly half the tracklist was released to the radio. Kendrick Lamar, on the other hand, is in a class all his own, an exception that proves the rule. Future is clearly below them on the food chain, and the release of EVOL seems to be an acknowledgement of that.

Future’s first three studio albums were full of runaway singles, then a weak attempt at radio hits, and then quiet street singles. There doesn’t seem to be any singles on EVOL. The fact that it was announced just before its release and then premiered on a never-before-heard Internet radio show only available to subscribers of Apple Music does change the dynamic and expectations. This is a lot closer to an independent rapper deciding to put out his mixtapes for pay than it is a major-label star offering up a surprise album. Future is a big-league pop star though, and free mixtapes don’t buy shoes.