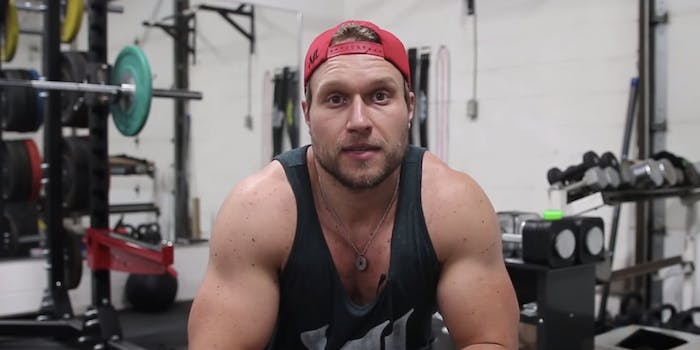 He'll document his treatment for his YouTube followers as he fights testicular cancer.

The YouTube fitness expert and competitive eating champion announced on his channel that he’s battling cancer for a second time.

Pete, whose real name is Peter Czerwinski, previously underwent treatment for testicular cancer, and unfortunately that cancer has returned and spread to his lymph nodes.

Czerwinski fights to keep from crying during the emotional video as he speaks to his 2 million subscribers about his diagnosis and plans to document his radiation treatment on his FuriousTalks channel.

“I’m being open about all this because I’ve been open about everything in my life on YouTube,” said Czerwinski in the clip. He said he went online himself after his diagnosis looking for information about what it’s like to live through radiation, and he said he couldn’t find that kind of content, so he decided to make it himself.

Czerwinski holds several world records for competitive eating, and his doctors told him there’s no tie between his YouTube exploits and his cancer diagnosis.

“It just sucks,” exclaims Czerwinski as he breaks down in tears at the end of the clip. “All of this fucking sucks. I just want to keep doing what I’m doing. Try and inspire and motivate and try and make an impact on this world. I keep having these obstacles along the way, but I know I’ve always got you guys. It’s no joke; you guys have changed my life.”