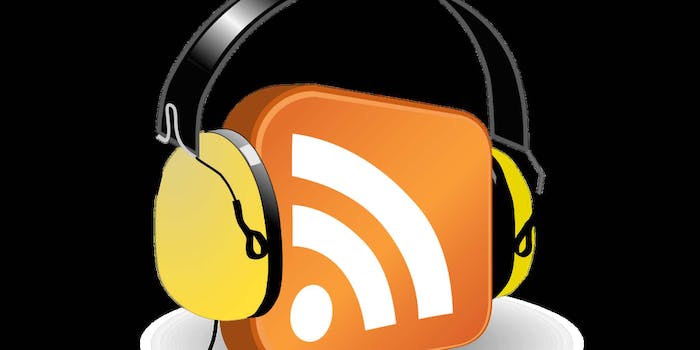 Podcasters raise $41,000 to save podcasting

A company called Personal Audio patented the vague concept of podcasting, and it's threatening to take some podcasts down in court.

Podcasters around the world have united, rallying around a pretty important cause: saving podcasting as we know it.

The threat’s not that far off, thanks to a company called Personal Audio, which claims it created the very notion of a podcast. It’s commonly accused of being a “patent troll,” meaning it patents an already existing technology or tries to patent with vague language, then creates a business model on demanding money from those who use that technology.

Back in 1996, Personal Audio filed a claim on an “apparatus for disseminating a series of episodes represented by media files via the Internet as said episodes become available.” It’s used that to justify already suing a few podcasts, like The Adam Carolla Show, plus big guys like CBS and NBC. It also demands money from independent podcasters like WTF‘s Marc Maron, who called the scheme “extortion.”

Thankfully for podcasts and those who love them, the Electronic Frontier Foundation is stepping up to help by fighting Personal Audio in court. But that involves steep legal fees, so the EFF’s asking for donations—something podcasters, who don’t have a lot to give in the first place, are helping rustle up.

Soon after the EFF called for donations Thursday evening, both Maron and Jesse Thorn, host of Maximum Fun, each gave a grand.

I just donated a thousand dollars to help the @eff help us save podcasting. Read, learn, help and share. eff.org/deeplinks/2013…

I just donated $1000 to the @eff to save #FreePodcasting and fight patent trolls! Help! Learn here: eff.org/deeplinks/2013…

And though they didn’t flash any cash, plenty other luminaries urged followers to join in, ranging from tech podcasters …

Hey, like my podcast? Patent trolls are trying to screw podcasters over. Help me and @eff stop them: eff.org/r.b6Sw

You like podcasts? I do! PLEASE go here and help @eff stop the patent trolls trying to screw podcasters:bit.ly/12knXXf

“We’re thrilled by the level of support,” Daniel Nazer, a staff attorney at the EFF, told the Daily Dot. “The podcasting community is very passionate about what they do,” Nazer said, “so it’s probably no surprise to see folks speaking up.”

Indeed, the fundraiser had reached its $30,000 goal in less than 10 hours. So far, almost $41,000 has been donated, with the additional funds going “to fight stupid patents like this one.”