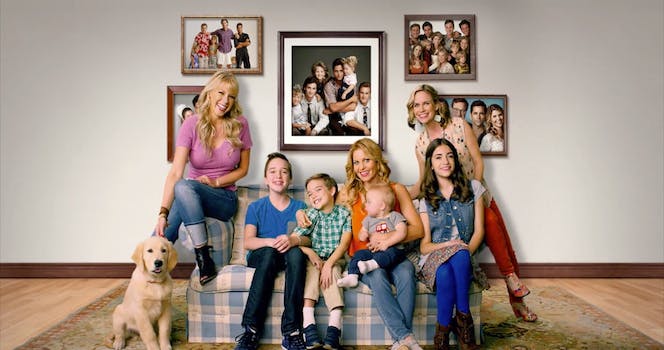 ‘Fuller House’ gets a second season despite bad reviews, because nostalgia

You got it, dude.

Fuller House is riding the current nostalgia wave all the way to the bank—and a second season.

Less than a week after the Full House revival debuted on Netflix, the streaming service announced on Twitter that the show had been renewed for season 2. A small video accompanied the announcement, showing the new family—composed of D.J. and her three sons, Stephanie, Kimmy, her daughter, and the dog—preparing for a family portrait.

Jodie Sweetin, who reprised her role as Stephanie for the show, thanked fans for their support and said that a second season wouldn’t have been possible without them.

Wow!!! Even MORE exciting news!!! Our official announcement for Season 2 of #fullerhouse is out today as well!!! It's a great day!! DWTS @dancingabc and @fullerhouse ?! Woo hoo!!!! Thank you for ALL the love and support!! Season 2 wouldn't be happening without the fans!!

While some people have enjoyed Fuller House for nostalgia reasons—the first episode featured a shot-for-shot callback to the original pilot—it’s by no means a critical success.

The show was panned and ripped to shreds by critics in reviews, with Vox calling it “an inescapable nightmare” and the Washington Post saying “there’s a point where nostalgia becomes more like necrophilia, and ‘Fuller House’ immediately crosses that line.”

While a second season of Fuller House is still far off, we do know at least one thing that Full House creator Jeff Franklin would like to see: the return of Michelle, played by Mary-Kate and Ashley Olsen, the only original cast members not to return.

“We’re hopeful at some point in the future, they may change their minds and reprise Michelle,” Franklin said during the Television Critics Association press tour. “We only need one of them!”

Regardless of whether the Olsen twins finally join that nostalgia train, it’s still running—whether we want it to or not.