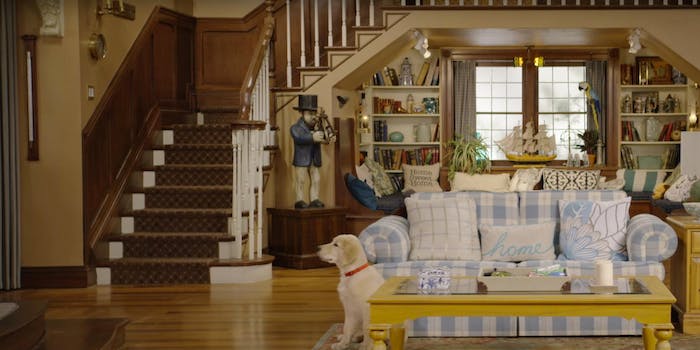 Maybe think twice before you move into that house, D.J.

This week, Netflix dropped the first trailer for Fuller House, its sequel series to the hit ’90s sitcom Full House. You can hear the familiar voices of D.J., Danny, and Uncle Joey, but all we see is an empty living room and a puppy that mysteriously looks like the Tanners’ dog Comet.

Which begs the question: What the heck has been going on in that house all this time?

Screen Crush has a theory, and it’s a spooky one, especially if you’ve seen the film It Follows.