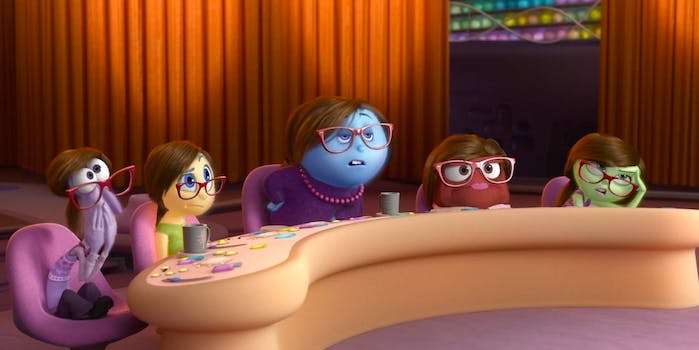 Emotions rule the family dinner in first full ‘Inside Out’ trailer

The October teaser trailer for Pixar‘s Inside Out gave us a glimpse of the personified emotions inside the mind of the movie’s main character, a young girl named Riley. Now the first full trailer for the film released Wednesday shows us what happens when the emotions of the whole family clash around the dinner table.

Joy, anger, disgust, sadness, and fear in Riley’s mom and dad try to navigate their daughter’s attitude when they ask about her first day at school. It’s interesting to see how Pixar decided to make the emotions of the adults differ not just from each other but from their daughter’s as things escalate between the three.

Watching such a common family conversation play out inside each characters’ heads and how each emotion plays a role is hilarious. Needless to say our expectations are now set pretty high for this upcoming film.