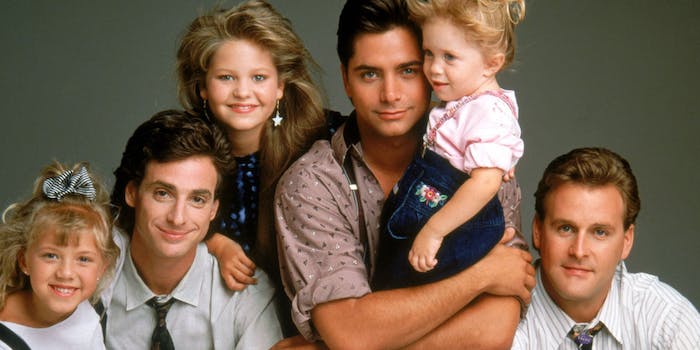 The song isn't as fresh in their minds 20 years after the show ended.

The Full House cast keeps coming together everywhere you look.

It’s been a few months since their last reunion, at Dave Coulier’s wedding in July, but they recently reunited yet again to celebrate the birthday of creator Jeff Franklin, the man who brought them all together in the first place. Fortunately for us, they took the time to snap photos.

Only for you, Jeff Franklin. Only for you. Happy Birthday. #everywhereyoulook #whatsmyline? #onlyknewthechorus #cantgetthisdamnsongouttamyhead @candacecbure @loriloughlin @bobsaget @johnstamos *Edited: Who has a better, full version of this?? I saw all those iPhones out there pointed at us!!

Andrea Barber, who played Kimmy Gibbler for eight years, called for the full version and some fellow attendees delivered.