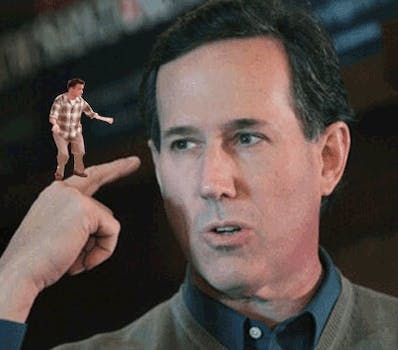 Chandler Bing does his thing on things

Miss the '90s and "Must See TV"? Well, the best part of them (Matt Perry as Chandler Bing) is back on Tumblr.

Could this blog be any dorkier?

A splendid Tumblr blog named “Chandler Dances On Things” takes an animation of Friends character Chandler Bing and superimposes it onto things. It’s all in the name here, folks.

Said things include President Barack Obama (who looks completely unimpressed with Bing doing his thang) and the Hollywood sign, while Bing also shakes that death-defying rump in Mount Doom.

Would that Friends were a real-life thing though, as we’d love to hear Monica Geller-Bing’s reaction to her husband dancing on her friend’s boobs.

Here’s a few of our other favorite GIFs from the blog.

Bing on Bing seems like a meta joke Chandler would appreciate, despite his perhaps unfortunate last name.

Images by Chandler Dances On Things