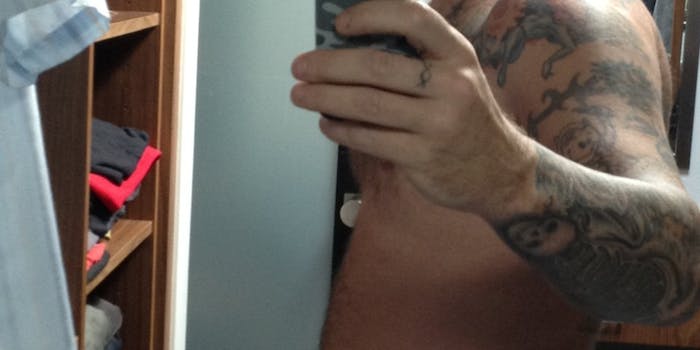 Fred Durst is trying to squeeze new life into Tumblr—and his career.

The Limp Bizkit dude is documenting his now two-week-old quest through a 60-day juice cleanse. After going five days without posting to fred60.tumblr.com, he added a message to his fans that promised more activity in the coming weeks:

Well, I’m making MORE of an effort, as of now, to keep up with you. The diet has been challenging to say the least. I haven’t seen any significant results yet. That’s why I haven’t been very excited to post anything. I am about 2 lbs lights and definitely feeling better internally. My thoughts are clear and inspired, but I’m discouraged in some ways. I guess it’s my own personal baggage that’s lugging around behind me. All comes to the forefront on a diet like this. Bullocks.

I must say, the CBS script that we have turned in is a genuine classic. So much. So revealing. So funny. So warm. Mathew Carlson is one talented writer. I’m very excited for you to see this.

If you’re trying to cleanse your life in any way, by all means, let us know. We are definitely interested.

Durst is no stranger to alternative paths to stardom. The CBS show he mentions in his note, we presume, is in some way related to “My Life with Fred Durst,” the pilot he pitched to television networks in April 2005.

He was also particularly receptive to the attempts of the people in Austin, TX, who launched a campaign to rename their Solid Waste Services the “Fred Durst Center for Humanities and Arts.” More serious fans, of course, will remember that time in February 2005 when he infamously “did it all for the Nookie”—on camera.

Considering his penchant for being a recurring flash in the pan we call life, it’s hard to predict what will come of this 60-day cleanse. Though it must be said, at 41 and notoriously husky through his 20s and 30s, Durst should be proud of the 181 lbs-mark he hit Jan. 4.