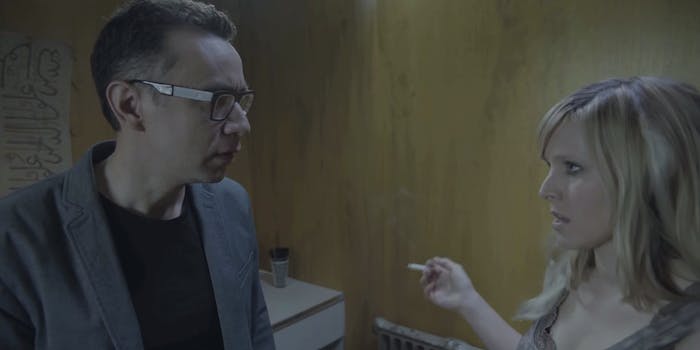 'How did we end up here? Hosting the Spirit Awards?'

Everyone in show business seems to be haunted by a character: Michael Keaton’s character in Birdman is haunted by the superhero he once played, Caroll Spinney by the Big Bird he portrays. As Fred Armisen got ready for his hosting gig at the Independent Spirit Awards Saturday night, he too was haunted by someone.

He and fellow host Kristen Bell spoofed a number of nominated films to kick off the show, but they mostly swooped in on Birdman, from the single shot to the inner monologue. There were also plenty of scathing jabs towards the awards show itself. That drumming? Not just for the audience.

Just add in appearances from Miles Teller and Bill Hader and you’ve got yourself some slaps and a perfect shot.