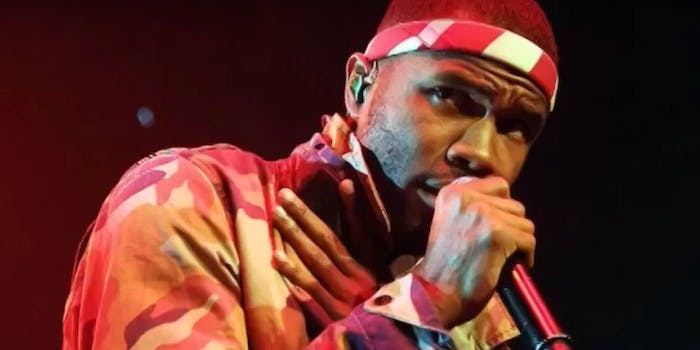 The wait is over!

After significant delays mitigated by the release of the visual album Endless, a full 17-track LP has been released by Frank Ocean. The Odd Future member teased opening track “Nikes” on Friday night, releasing an evocative video that speaks to sonic duality, fleeting love, and loss.

Initially titled Boys Don’t Cry the album available to a wider audience is now called Blonde. It’s unclear whether the Boys Don’t Cry magazine for sale at pop-up shops on Saturday will be available in anything more than a limited capacity. Fans will certainly be taking their time with this smattering of powerful new tracks that is Blonde, though.

“Skyline To” is the minimalism meets nostalgia fans clamored for when Channel Orange was released four years ago, while skits and throwaway tracks like “Be Yourself” and “Good Guy” set the scene for an album larger than the sum of its parts.

Blond is available now on Apple Music. The full list of tracks is below:

Update 8:46am CT, Aug. 21: This article has been updated to correct the album title. Additionally, a Boys Don’t Cry album still exists, as does its accompanying magazine, though in a limited capacity. Both were sold at pop-ups around the country as well as in London on Saturday.