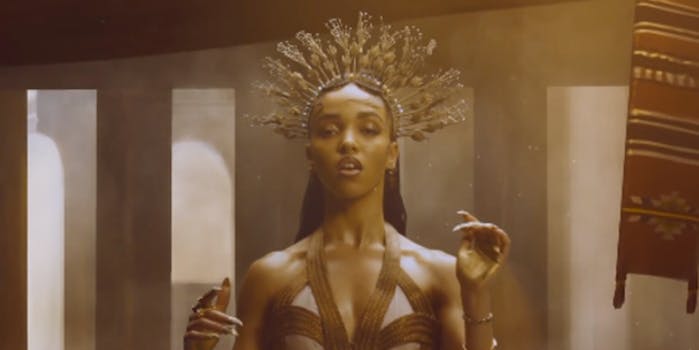 The cult of Twilight is a curious one, and its two main stars—Robert Pattinson and Kristen Stewart—have become flesh-and-blood vessels for fans’ own romantic, often obsessive fantasies. So when they found out Pattinson was dating British singer FKA Twigs, they were not happy.

FKA Twigs (real name Tahliah Barnett) is a rising pop star. Her videos are gorgeous visions of empowerment and sexuality, which is mirrored in her soulful music. She is also a black woman. Twilight fans have been harassing her via Twitter, lobbing racist invective and slurs her way, because she’s NOT K-STEW. 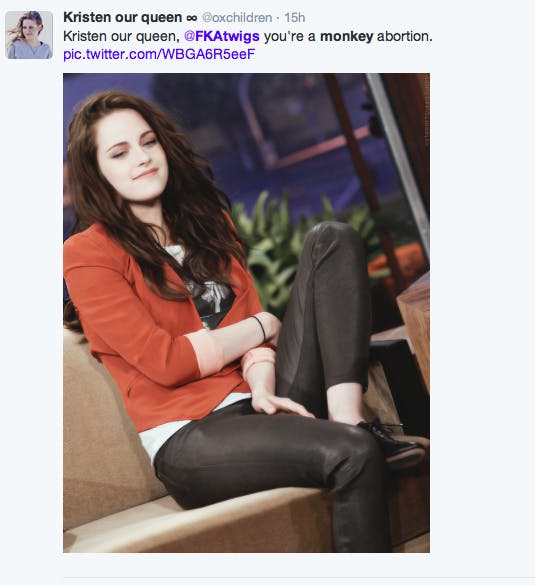 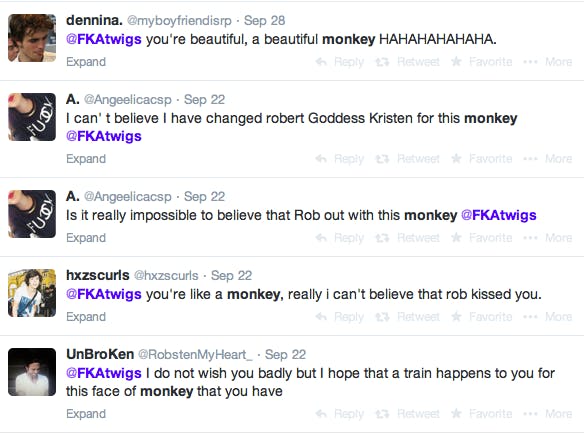 On Sunday, she posted two tweets addressing this abuse.

I am genuinely shocked and disgusted at the amount of racism that has been infecting my account the past week.

Her label also stepped in:

The racist abuse @FKAtwigs is getting on her social networks is despicable and depressingly archaic.

In a recent interview with Dazed, the singer discussed being the only mixed-race girl in her Catholic school, and dealing with racism as a kid:

Society is weird, yes, but this is unacceptable. It’s already been pointed out over and over how Twitter’s abuse-reporting system, especially for women, is frustratingly broken.