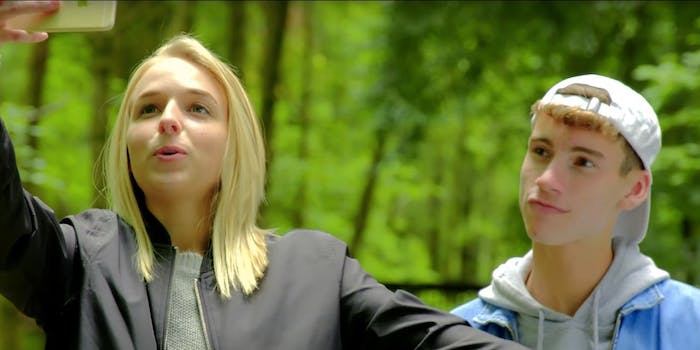 The YouTube duo of Jenn McAllister and Jack Baran travel up the California coast this summer.

Two popular YouTubers and best friends are ready to take their viewers on the road trip of a lifetime.

JennXPenn and ThatsoJack, aka Jenn McAllister and Jack Baran, are embarking on an epic California road trip, with cameras in tow. The duo have released the trailer for First Times, their California-centric travel show, on AwesomenessTV.

First Times also serves as an advertisement for California tourism; although not directly called out in the trailer, Visit California has messaging and links in the description of the trailer episode.

Baran and McAllister aren’t the first traveling duo of YouTube. Most notably Mamrie Hart and Grace Helbig have seen success with their HeyUSA series of travels across the country, with two seasons under their belt.

McAllister and Baran, who have more than 3.2 million subscribers between them, have both had busy 2015s. Baran recently came out as gay on his channel, and McAllister premiered her film Bad Night and is working on a book.

New episodes of First Times will run Saturdays on AwesomenessTV.