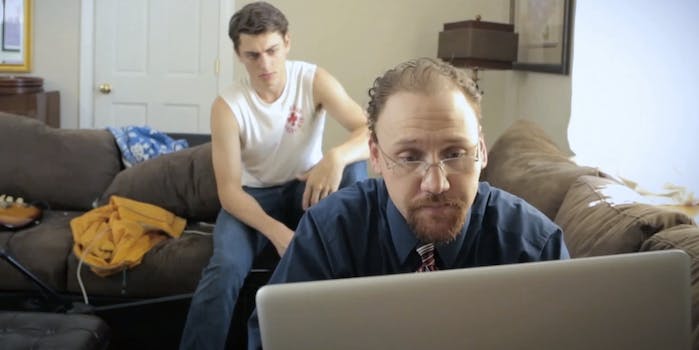 Craig Benzine, best known as YouTube’s self-duplicating wizard Wheezy Waiter, is trying his hand at short films thanks to New Form Digital’s Incubator Series. His short, Fine Tuned, explores whether life and music can be perfectly programmed and crafted—or if spontaneity rules.

Fine Tuned follows Linus, a work-from-home software developer who thinks he’s perfected a program that can tell you if a song is a hit or not. So when he pairs up with his teenage musician neighbor to help him woo a girl with a perfectly crafted song (by technical standards), he’s distraught to know it doesn’t work out. That failure makes him take action in his own, by-the-program life.

Benzine’s film joins other YouTubers like Anna Akana and Yulin Kuang that have also taken advantage of the New Form Digital program. While Benzine often stars in his videos, for the short he takes the director’s chair, but does employ a few notable friends, including Hank Green making a voice cameo as the weatherman and Mitchell Davis as Linus’s HR associate, Colton.