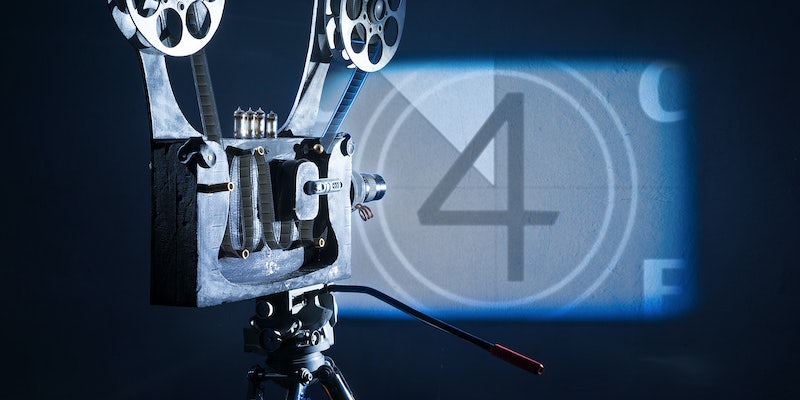 Can FilmStruck save classic cinema?

If you’re looking for the perfect gift for the movie lover in your family, FilmStruck arrives just in time for the Christmas season.

The digital platform, a partnership between Turner Classic Movies and the Criterion Collection, debuted last month. Subscriptions are tiered. A monthly fee of $6.99 allows users access to a modest selection of films from Criterion and the TCM library, which will rotate each month, while $10.99 buys the Criterion Channel, consisting of the film company’s entire archive. For just $99, FilmStruck is yours for the entire calendar year. Its lineup includes work by masters like Charlie Chaplin, Akira Kurosawa, Stanley Kubrick, the Coen Brothers, and P.T. Anderson, as well as the original Mad Max and Persepolis.

As a stocking stuffer, FilmStruck is a bargain, but can it survive the crowded streaming market?

Charles Tabisch, the senior vice president of programming for TCM and FilmStruck, believes it can. While services like Netflix and Amazon Video shift their focus to original content and television production, he told the Daily Dot that there’s a “real hole” in the streaming market for classic movies and arthouse films, which have been largely left behind by the bigger players in the industry.

“It’s an area we think is being underserved,” Tabisch said. “One thing we’re doing is trying to be very thoughtful about the movies we choose and why. It’s curated very carefully by a human being, not an algorithm, with film lovers in mind.”

The FilmStruck website attempts to marry the format of Netflix to a private film festival, grouping selections into eclectic categories by director, subject, genre, or even the period during which the film was made. Whereas Tabisch argues that there’s “very little rhyme or reason” to why films are featured on other streaming services, there’s a clear sense of purpose to FilmStruck. Subscribers will find, for instance, “Directed by John Cassavetes” next to “Classic Bollywood” and “Animation for Adults.”

Tabisch argued that the “thoughtful” presentation sets FilmStruck apart from Hulu, the previous home of Criterion. The platform, most widely known as a home for recent episodes of broadcast television shows, acquired the Criterion Collection in 2011 as a statement that Hulu was a force to be reckoned with. But as the New Yorker’s Brian Patrick Eha writes, Criterion was never a “big draw” for the company, which now draws in 12 million monthly subscribers. “Fans of the slacker comedy Broad City,” he said, “were not sticking around to watch The Seventh Seal.”

According to Tabisch, that was partly by design. “[Criterion] was off to the side—not seeming fundamental to who they were,” he said.

Tabisch hopes to model FilmStruck after movie theaters like Film Forum, a New York venue that has stayed in business by catering directly to the type of person who has seen La Dolce Vita, and the Z Channel. Launched by Jerry Harvey in 1974, the station was one of the first pay channels in the country, one known both for its eccentric programming choices and passionate support for filmmakers. Z Channel popularized the director’s cut, giving Michael Cimino the chance to air a never-before-seen cut of the notorious box-office disaster Heaven’s Gate, one truer to his original vision. That airing was crucial to the film’s critical reappraisal.

Audiences today have few services comparable to what the short-lived Channel Z offered in its heyday. Netflix has over 4,000 movies in its streaming archives, but less than than 100 of them are housed under its “Classics” section. As AllFlicks reports, that number had dropped from recent years: In January 2014, Netflix reported 6,494 films in its catalog.

Susan Doll, a film lecturer at Ringling College, said that options for cinephiles are dwindling, which is bad news for young film viewers.

Doll said that despite the promise of convenience and instant availability in the digital age, it’s increasingly difficult to watch classic and arthouse movies. The advent of services like Redbox, which outstripped Blockbuster by 2007, put video stores across the country out of business. Netflix, which likewise debuted a streaming service in ’07, would eventually force Redbox into dire straits. The once-thriving kiosks are expected to decline by as much as 20 percent in 2016, as Variety reports. If streaming services are moving away from the films they made their names on, that leaves film lovers with few options left.

“It reminds me of back before television,” Doll explained. “Where did people see films from 10 or 15 years prior?”

You probably won’t have trouble finding a copy of movies like The Royal Tenenbaums, Dreamgirls, or Borat, but Doll said that hundreds of films are “falling off the radar” each year, many of which aren’t available on streaming sites. She believes that being picked up by platforms like FilmStruck—or even Netflix and Amazon—could help smaller films take root in the public consciousness.

Jan-Christopher Horak, the Director of the UCLA Film and Television Archives, agreed that these services play a major role in determining what movies are talked about and which are forgotten.

“It’s not just that they’re not on streaming sites,” Horak said. “People forget they even exist. I have a 22-year-old daughter, and you ask who Humphrey Bogart is and she doesn’t know. It’s partially having to do with the education system and partially due to the fact that these films are not accessible or present in the public mind. If that continues over a long period of time, then our collective knowledge of our moving picture culture and heritage becomes increasingly limited.”

While FilmStruck appears to be a small step forward in helping to address those issues, the platform’s problem is two-fold.

First, the service appeals to the type of consumer who is already likely signed up for Netflix and Amazon—well-established brands that pull in millions of subscribers each month. The former boasts more than 80 million customers. Jennifer Dorian, the general manager of Turner Classic Movies, told the New York Times that FilmStruck believes that it has identified a niche of consumers who are willing to pay for another platform, even though Fandor and Tribeca Shortlist also specialize in arthouse cinema.

In addition to facing an oversaturated marketplace, FilmStruck simply doesn’t enjoy the breadth of content that other platforms do. With the $6.99 service, customers only have 500 films available to them, an eighth of what Netflix offers. Should you opt for the Criterion package, that’s still less than half of its biggest competitor’s catalog. While many of Netflix’s movies aren’t very good (Gigli, anyone?), the appearance of infinite choice matters. It’s why the company continues to lead the pack.

Doll, who added that she hopes FilmStruck will show more films that air on the Turner Channel,  said that its success is important to cinema itself.

“Hopefully, FilmStruck will foster the love of movies that people of my generation have,” she said. “If it weren’t for Turner Classic Movies, there would be hundreds, if not thousands, of titles that would be forgotten. They’re gone. That’s our culture. That’s our legacy. That’s a document of our society from the turn of the century until now. It’s never been just entertainment.”