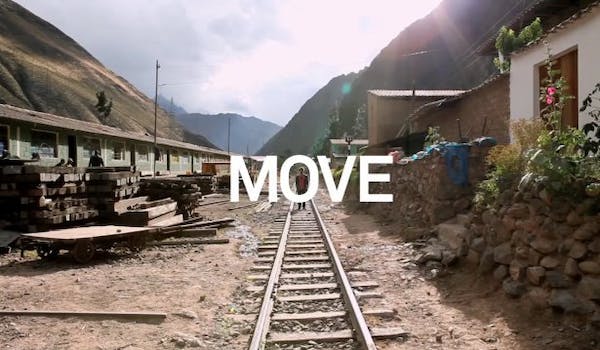 After becoming an overnight star thanks to Tumblr, filmmaker Rick Mereki figured there was something to social media after all.

A filmmaker achieved viral-video fame this weekend, and he only had to travel the world to do it.

Rick Mereki traveled with two friends to 11 countries over a period of 44 days and returned with a terabyte of footage. The resulting film, three elegant shorts each clocking in at about a minute, have thoroughly captured Tumblr’s collective heart.

The three videos, Move, Eat and Learn, focus on the places Mereki and his friends visited, foods they ate, and things they did in each country. All three feature Mereki’s preternaturally handsome friend, Andrew Lees, who even makes eating bugs look sexy.

Tumblr’s visual nature readily lent itself to this wanderlust-porn of a video series. One instance of the video has 43,000 shares and counting, but others are added every minute.

“This is the kind of stuff I made a Tumblr to see,” wrote one user. Other comments focused on users’ own desires to travel the world—and on Lees’ attractiveness.

Mereki only recently opened his own Tumblr and Twitter accounts on Sunday, where his activity is limited but his followers continue to grow. Tumblr was captivated by this independent filmmaker, and it looks like the feeling was mutual.

Perhaps, after becoming an overnight star thanks to the platforms, he figured there was something to social media after all.