Photo via Reel to Reel

Reel to Real and the nostalgia for old movie scenes

These cinephiles are changing the way we remember our favorite films.

I’m standing in the heart of Toronto’s Kensington Market district, exactly where a riot took place in 1984. But it wasn’t a real riot; actors dressed as vagabonds and gang members stormed Augusta Street as part of the ending to Police Academy, the classic Steve Guttenberg comedy.

I likely wouldn’t have known about my hometown being the site of this seminal satire if it weren’t for the blog column Reel Toronto by David Fleischer, published on Torontoist. Since 2007, Fleischer has filed more than 200 columns tracking the Toronto shoot locations of films and TV series, ranging from Good Will Hunting and Robocop to Orphan Black and The Fly. He breaks down a scene’s Toronto landmarks spotlighted in the film via screenshots and remarks on how it might have been altered to fit the film’s setting, since Toronto is often a substitute for New York or Chicago.

Fleischer, a freelance writer, is hardly alone in his film-location hobby. He’s among dozens of passionate cinephiles going online to share their investigative work on the streets, buildings, and restaurants used in films from the ‘80s and ‘90s, publishing their work across a variety of platforms. In doing so, Fleisher and his contemporaries are bringing nostalgia to the ‘net with a cinematic twist: We might all use Netflix to see our favorite cult classics, but bloggers who detail a film’s shooting locations are immersing us in film in a way we’ve never experienced before.

“I’ve always been interested in movies and Toronto, so doing Reel Toronto felt like a good fit,” Fleischer tells the Daily Dot. He found the Police Academy assignment particularly rewarding because it stoked the nostalgic fires. “It was a film I grew up watching,” he says, “Plus I get to see what Toronto looked like back then.”

Bloggers who detail a film’s shooting locations are immersing us in film in a way we’ve never experienced before.

Film-location blogs are increasingly formatted to show you the before-and-after shots, such as what Brian Koppel offers on Reel to Real. His blog has featured more than 125 films and TV shows, often in the California or New York area, where he now works. For each film, he’ll show the location shot from the film or show, and then what it looks like today, since he visits every site he showcases.

Why does he spend hours at each film’s locations? “It’s fun,” Koppel says simply, “and I love getting those reactions from film fans, who like seeing a different side of these movies.” 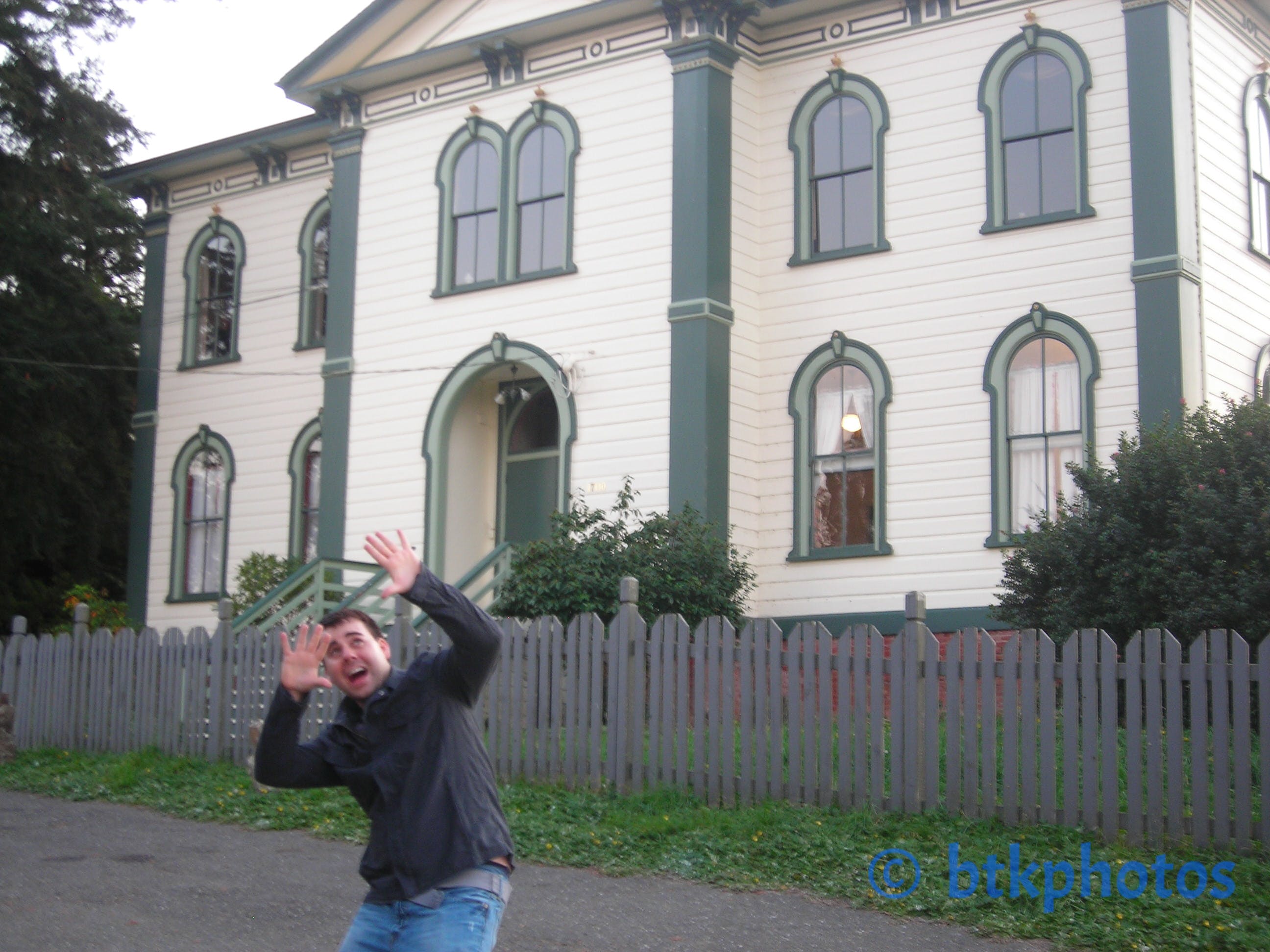 Brian Koppel on the location of ‘The Birds’

To Koppel, setting is as important a character as a film’s leading star. “Scenic views immediately stand out to me,” he says. “Look at Adrienne Barbeau’s drive to the lighthouse in John Carpenter’s The Fog, with the windy road off the ocean and green fields. It’s really breathtaking on screen.” Koppel recreated that drive through photos he shot in November 2015 when he rode down Sir Francis Drake Blvd in Inverness, California.

L.A. resident Phil Grishayev mirrors Koppel’s format on Instagram. His feed is devoted to film location shoots blended with modern-day photos of those same sites. For example, one photo will combine the Usual Suspects scene at the Korean Bell of Friendship in Central San Pedro with a pic of Grishayev there as well, mimicking a Kevin Spacey pose.

"The greatest trick the devil ever pulled was convincing the world he didn't exist." #tbt to #filmlocation from #theusualsuspects starring #kevinspacey and directed by #bryansinger . #cinema #90s #crime #sanpedro #throwbackthursday #losangeles

Taking the film-location fandom a step further is YouTuber Herve Attia, known for harkening back to classics, such as the 1986 coming-of-age comedy Stand By Me. Attia produces lengthy videos and recreates some of the scenes from the films. For Stand By Me, he mimicked the boys crossing the infamous railway bridge.

Attia takes an almost academic approach to his research. For instance, when he visits a city like Chicago, he won’t just undertake one film’s location list; he’ll be on the set for several films shot in the city, completing features on Home Alone, The Blues Brothers, and The Untouchables within a week.

“So many films bring back great memories for me. It gives me hope that future films will eventually do the same years after they’re released.”

Online tools have greatly helped these bloggers’ tasks, such as harnessing Google Street View to scour a location’s look to see if it matches a film scene. IMDb and similar resources are also noting the cities and regions where films and shows have been shot. The days of calling location managers or scouts are long behind us.

What Attia, Koppel, and others offer to film-goers is a unique journey back in time. Revisiting shot locations from a cherished film can shuttle us back to when we first saw it, providing flashes of nostalgia the internet is so adept at delivering today.

The corollary benefit of all that memorable recall could be feelings of optimism, too. A study published in the Personality and Social Psychology Bulletin found that feeling nostalgic about the past can positively alter one’s perspective. The study’s author, University of Southampton psychology professor Dr. Tim Wildschut, says in an interview, “If past experiences imbued one’s self with meaning, then one will be confident about the future.”

Wildschut adds that while the methodology of his study used song lyrics to invoke nostalgia in participants, he could see dialogue or scenes from films inspiring the same nostalgic feelings in people. When we partake in pop culture milestones today, we might be fondly remembering the golden era of film genre and relating those signals to what we’re trying to accomplish. As Wildschut puts it: “You’re using the past to extrapolate what the future might look like, and trying to identify common threads in your life.”

“If past experiences imbued one’s self with meaning, then one will be confident about the future.”

Fleischer says after writing his column he feels “this weird lingering aftereffect” that he’s hesitant to call optimism, but he likens it to “watching your favorite old home movies, but not your own home movies. Someone else’s.”

Koppel adds, “So many films bring back great memories for me.  It gives me hope that future films will eventually do the same years after they’re released.”

Revisiting shoot locations provides the added bonus of learning about a city’s architectural history, peppering nostalgia onto familiar territory. When I compare the Augusta Street shops to the Augusta Street screen-captured by Fleischer in his Police Academy blog, I get a deeper history lesson on how the area has changed so dramatically while remaining a cultural cornerstone of Toronto.

Even the most hardened Torontonian would get wistful here.