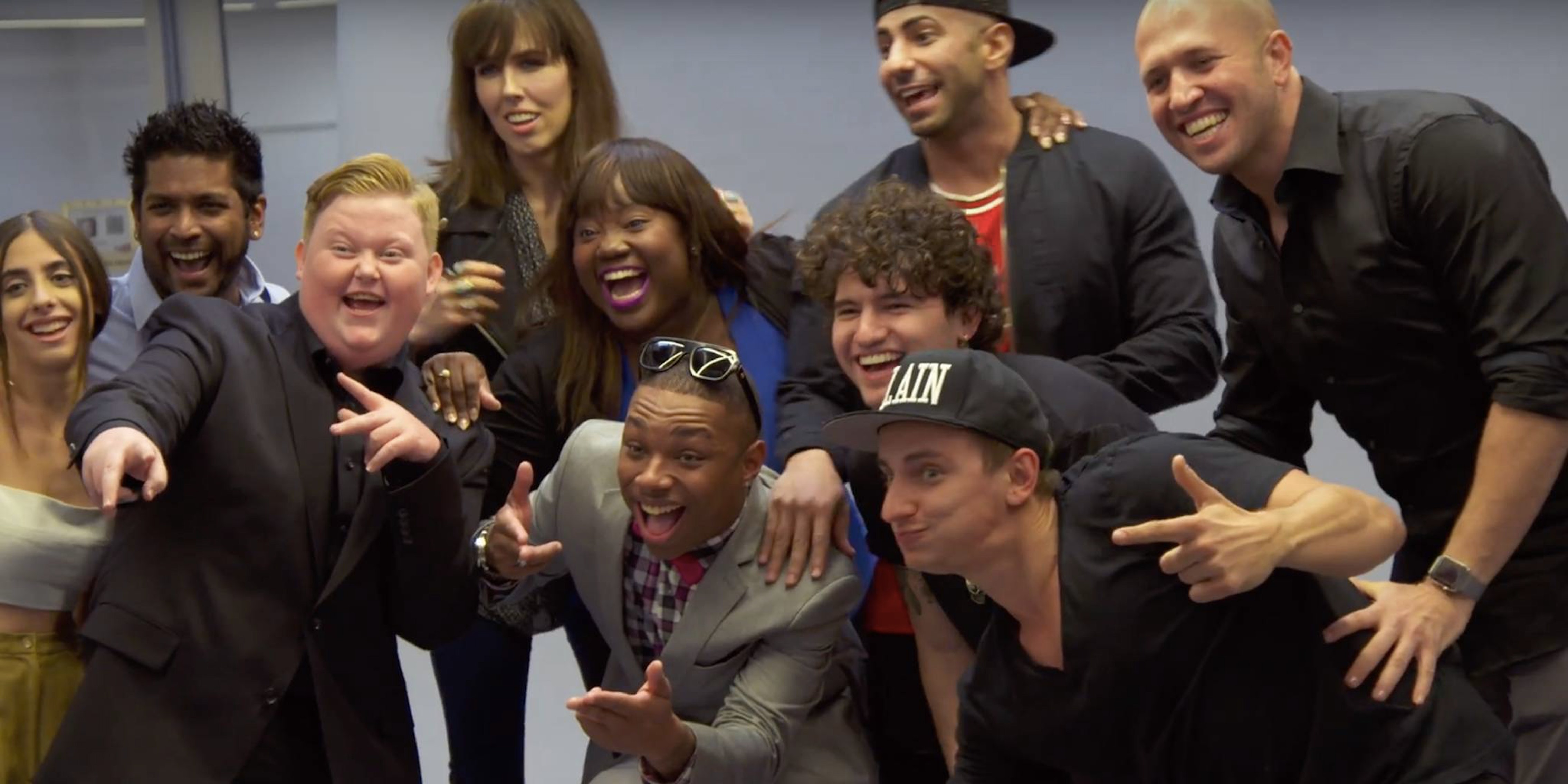 YouTubers trapped in a life or death battle with a horde of zombies isn’t a metaphor for the current state of the comments section, but a new show from YouTube Red and BlackBoxTV.

Fight of the Living Dead: Experiment 88 takes 10 YouTubers—including stars like FouseyTube, Jc Caylen, and Tré Melvin—into a quest for survival under a mysterious experiment. They’re taken from YouTube Space in Los Angeles to an abandoned hospital and locked up with no means of escape. The game is run by several armed guards, and instructions are given through video and audio clues. The space is teeming with zombies who, if they capture you, eliminate the player from the game.

In episode 1, they must reunite different groups of players and find keys hidden in fake blood and guts (and near real rats) to free one player left behind.

YouTuber Magic of Rahat said he was most excited to bring his experience as a magician.

“As a magician, I have to escape out of whatever is put in front of me, and I knew this was the perfect opportunity to do that,” he told the Daily Dot.

Rahat remains under suspicion during the first episode because he wanders off from the group unsupervised. Rahat said his background in magic made him extra vigilant about the potential tricks of the game, making it difficult for the producers by finding things early in the game meant for later.

“I started looking for things out of the ordinary, any cameras, any people,” he said, noting that, even the night before it started, he checked for microphones and cameras in his hotel room. “I wanted to believe this was real life. I wanted to put my mind into that world.”

Despite the stress, Rahat said he’d do it again.

The first, 38-minute episode is free for non-Red users. The rest will live on the subscription service via BlackBoxTV’s channel.