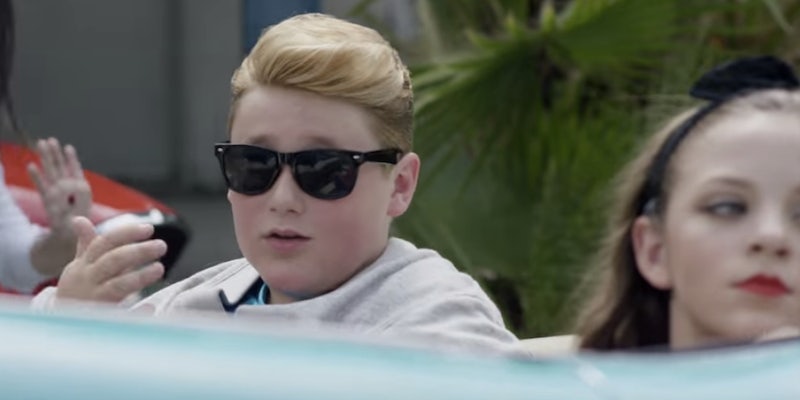 Ten-year-old George Dalton reinvents the song of the summer as a doo-wop doozy.

What happens if you latch on to the “baking pies with my baby” line from Fetty Wap’s “Trap Queen” and run with it? The most wholesome cover of the rap hit imaginable, as proven by YouTuber George Dalton.

Dalton, a 10-year-old actor who most recently starred in Netflix’s Wet Hot American Summer: First Day of Camp, posted the doo-wop cover on his channel in July, but it only won mainstream attention after a Vine started circulating this week. His Kidz Bop-ified cover of summer’s hottest track, “Trap Queen,” removes all the drug references in favor of focusing mostly on the baking.

In the clip—which was directed by Nayip Ramos and produced by Casey Schreffler, the duo that brought the mega-viral Jordyn Jones “Banji”—Dalton plays piano, rides in classic cars, and praises his “trap queens” on their baking skills. The lyrics are reworked to fit the PG mode.

“I’m like hey what’s up hello / you look pretty awe-some as you come in the door/ She my trap queen / let her in the condo,” Dalton sings. They “hit the strip mall” and he has some “dough” for them to roll. Lyrics that don’t have to shift too much are the references to “grams.” (It’s still a measurement in baking, after all.)

Dalton hasn’t stopped at Fetty Wap covers. He also released a Sia cover on his channel and has started vlogging.