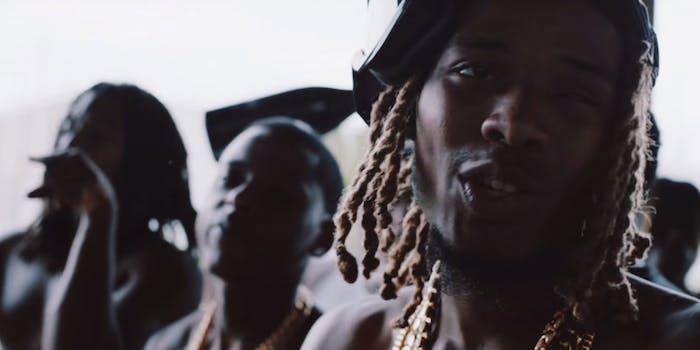 The accident occurred on Saturday.

Fans are offering support after rapper Fetty Wap was involved in a motorcycle accident on Saturday.

The “Trap Queen” star was reportedly riding his motorcycle in his hometown of Paterson, New Jersey, when he collided with a car. From photos taken by bystanders at the scene, he appears to have been conscious before he was taken to the hospital.

Fetty Wap crashed right next to the preschool my sister went to in Paterson hope he is good pic.twitter.com/XzjZhbZKy7

The hashtag #PrayForFetty has been circulating on Twitter, where news of the accident first broke. He appears to now be in stable condition.

My fam picked up Fetty at the scene and got him treatment. He's good. Other guy is in worse shape.

We’ve reached out to his management for comment, and will update if and when we hear back.