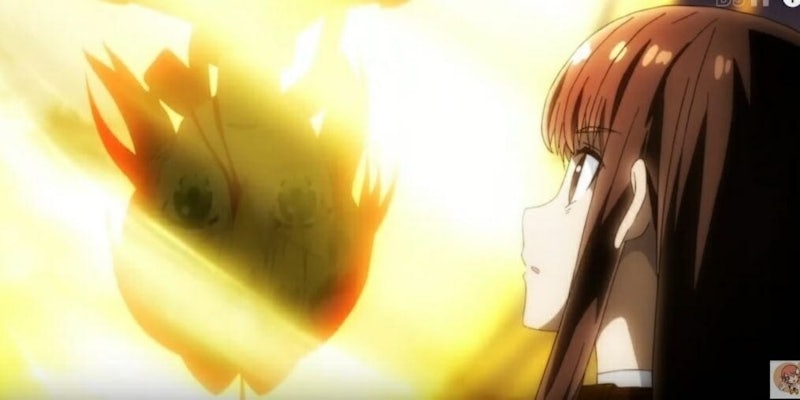 There are other 'Fate' movies you should watch first.

If you’ve been considering getting into the Fate franchise on Netflix and weren’t sure where to begin, here’s a tip: Don’t start with Fate/Extra: Last Encore. This latest anime to come out of the long-running multimedia franchise is as newbie-unfriendly as they come. Although there is plenty of exposition about the features unique to Fate/Extra, such as the SE.RA.PH. system and Dead Faces, the script presumes the audience is familiar with the fundamentals of the Holy Grail War that has been the centerpiece of the franchise since Kinoko Nasu’s original visual novel.

In the original Fate/Stay Night story, seven mages summon the spirits of historical and legendary figures, called Servants, to fight on their behalf to gain possession of the Holy Grail so their wishes can be granted. The Servants act in the predetermined roles of Saber, Rider, Lancer, Caster, Assassin, Berserker, and Archer, and their Masters can use command spells, signified by tattoos on their hands, to control them. The war, which happens every 60 years, is deadly to its participants and often causes widespread destruction in Fuyuki City, where it takes place. Extra moves the action to a computer simulation on the moon.

But Fate/Extra: Last Encore doesn’t explain any of that; it just expects you to understand why Sir Francis Drake (now a busty, pink-haired woman) and Robin Hood fight with superpowers.

Fate/Extra: Last Encore is also the first anime script penned by Nasu, who usually sticks to light novels and visual novels. His lack of experience with this specific medium shows—especially in the first episode, as dense technobabble flies by, leaving viewers unsure of what they need to remember for later. The subtitle script only makes things more disorienting, since Netflix didn’t seem to feel the need for an editor. Characters spout lines like, “But my cannons are pretty approximate in aim to begin with!” and, “Gorgeous attire to my liking! Such good-looking young girls these are!” It makes the difficult-to-parse plot borderline impossible, though fortunately, the dub is competent enough to satisfy all but the most diehard fans.

Unfortunately, even with good writing, the plot and characters largely leave something to be desired. Fate/Extra: Last Encore departs significantly from the game, giving a considerably more dour take on what once was a straightforward dungeon crawler. Last Encore shows the system in decay, leaving characters at the mercy of a virtual reality they can never escape. Hakuno, the protagonist, spends the first episode wandering around the school, muttering, “Hateful,” to himself over and over.

The first episode actually sets up quite a few mysteries: a mysterious chess match that leaves the loser dead on the floor as the other students all walk casually away; an infirmary full of bandaged, dying students; and an incinerator that apparently induces nightmarish visions. The visual design is striking, reminiscent of the director’s previous work on Puella Magi Madoka Magica. However, it answers very few of the questions it asks, and many of the figures in the first episode, such as the victor of that chess match, never come up again.

One of the best aspects of previous Fate anime has always been the way the social dynamics interplay with the rules of the Holy Grail War; mages and Servants, the spirits of historical and legendary figures, have larger-than-life personalities as a general rule. The enemy-of-the-week format of Fate/Extra eliminates that dynamic completely, and Hakuno does not even remotely have the personality to pull it off. He’s based on a blank-slate player character from the game, and Nasu did not see fit to imbue him with any other traits. With brown hair, a baggy brown uniform, and a completely bland demeanor, he resembles an anthropomorphic potato.

Saber, by contrast, brings a much-needed blast of joie-de-vivre to the proceedings. She is everything Hakuno is not: brash, self-confident, and vivacious. In a story where everyone is miserable in some way, it was always a relief to hear her talk about the joy that is life and living and she lights up every scene she’s in. The opening animation is just of her fighting shadowy figures, and I watched it every episode because the action choreography is actually quite strong. The biggest issue for her is her costume design. It’s positively nonsensical: a combat ballgown with cleavage up top and very little support, a transparent panel on the front of the skirt, and, worst of all, a hole over her butt. You can actually, literally see her entire butt from behind. It’s distracting every time.

Most frustratingly, it all feels like it’s for nothing in the end, because Fate/Extra: Last Encore is still incomplete. Production issues caused considerable delays, forcing them to cut the episode count from 12 to 10. Without any conclusion, it feels even more pointless than it would have otherwise.

If you’re curious about the Fate franchise, Netflix has some great starting points to offer. Fate/stay night: Unlimited Blade Works comes from the original visual novel, and Fate/Zero is based on a prequel novel penned by Madoka Magica writer Gen Urobuchi. And while Fate/Extra: Last Encore isn’t a good starting place, with weak writing and characterization and a dour outlook, it isn’t much fun for established fans either.