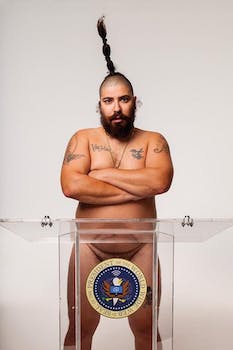 Someone posted every page of the Fat Jew’s new book

It's so elegant it's beautiful.

Twitter user @updog7 gave the Fat Jew a taste of his own medicine Thursday by tweeting a photo of every single page of his new book.

The Fat Jew, whose real name is Josh Ostrovsky, has made a lot of waves in the comedy community for stealing jokes, stripping them of credit, and posting them as his own to Instagram, where he has 6.5 million followers. So when his new book dropped Nov. 3, @updog7 saw the opportunity to do a little performance art.

@updog7 has also made the photos available in PDF form on Google Docs if that’s more your style. It’s so elegant it’s beautiful.

H/T Death and Taxes | Screengrab via The Fat Jew/Twitter