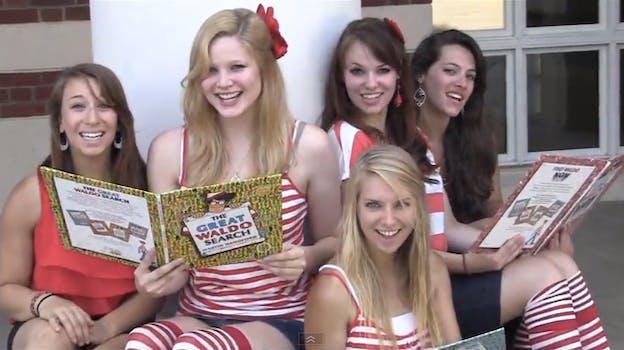 Theater troupe makes musicals with fans anywhere in the world

The Online Musical turned to fans to create musicals and didn't let the fact that troupe members were scattered across the country stop them.

Last year a theatre troupe called The Online Musical not only created a viral phenomenon, but was one in itself.

The group, made up of University of Virginia theatre students, was credited in publications like Playbill for creating the first ever interactive online musical, “Musical: The Online Musical.” The way it worked was simple.

First, fans would send in character, song and plot ideas to the group’s YouTube account. Within a week, the group would launch a new musical episode inspired by those suggestions.

They did this ten times, resulting in a  two-hour, ten episode project, called MTOM for short. About half of the students involved in the project have graduated. and the  group is now scattered across the country.

But that doesn’t mean they’re done working together. In fact, they’re now collaborating online to produce musicals, although they still have to film the old fashioned way — in person.

The group’s director, Jeff Luppino-Esposito, told The Daily Dot that when the players were all attending UVA together, they could produce episodes in about a week. Now, the group relies on Skype and Megabus to plan and arrange filming for their musicals.

“It only seems fitting that an online theater troupe relies on online communication, so we always manage to make it work,” he said.

The Online Musical just tested their new technique with their first Mini Musical produced since switching to primarily online communication. Luppino-Esposito said the Mini Musicals, inspired by pop culture topics suggested by fans, are anything but.

“We were producing 10-12 minute episodes every week during MTOM, but these (Mini Musicals) require varying locations, new costumes, new props and (bring) fresh technical challenges with each one.”

Titled Where’s Waldo: The Musical, their latest project was filmed in both New York City and Charlottesville, Virginia. Like their other musicals, it’s a comedy. It explores the mystery behind the man that everyone’s trying to find.


Luppino-Esposito hopes that this mini musical is as successful as its predecessor, Pokemon: The Musical, which netted over 500,000 hits on YouTube. He said Pokemon was the group’s first truly viral success.

“It was something we could all rally behind,” he said. “We all felt like we were a part of something really big that was being watched and loved on a huge scale. It was totally new for us, and we’re always working to get that feeling back.”

The director said the group will continue to focus on Mini Musicals in order to keep up publicity for the next season of MOTM. Waldo proved the group could be successful even when they’re apart, he said, but MOTM requires speed. Luppino-Esposito hopes for another season in 2013.

“With the team all in different locations right now, some in college, some out, it would just be impossible to put out weekly content that was truly responsive to the fans’ suggestions,” he said.

Until then, the success of the viral videos has helped Luppino-Esposito earn corporate opportunities. He just spent the summer in the 10-week Summer Associate Program at MTV Networks, and scored a freelance position as a blogger on Comedy Central.

“The Online Musical has definitely opened up doors for me and I think it will continue to for everybody on the team,” he said.