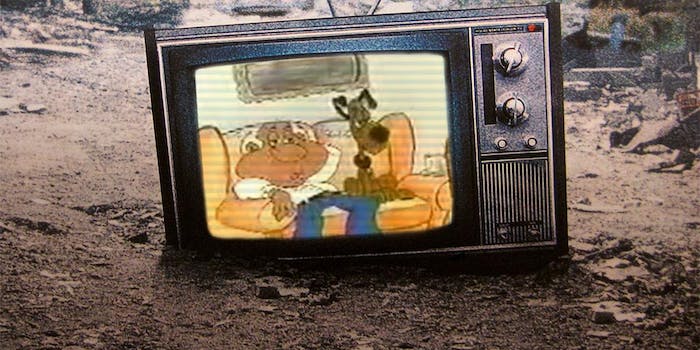 Before there was Family Guy, Seth MacFarlane created a short film that’s… very much like Family Guy.

Before there was Family Guy, Seth MacFarlane created a short film that’s… very much like Family Guy.

While he’s currently on a press tour for A Million Ways to Die in the West, much of MacFarlane’s early work is being revisited. One such project is the short film he made in 1995 while he was still a student at the Rhode Island School of Design that turned out to be the inspiration for his first network show five years later.

The Life of Larry mainly features Larry Cummings and his cynical dog Steve, who would eventually become Peter and Brian Griffin. It has the same kind of gags and parodies you’ve come to love and hate from Family Guy, with appearances from MacFarlane, who was just 21 at the time, as a hoity-toity Hollywood producer-type.

Is it a treasure trove or a reminder of how good things used to be? You decide.