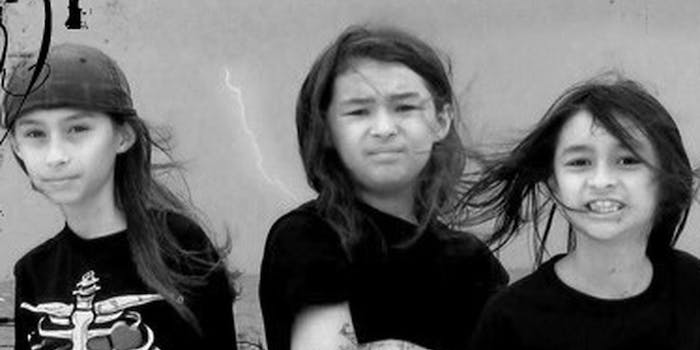 Balloon Boy is back—and he's trying to rock out.

That’s right, 9-year-old Falcon “Balloon Boy” Heene has made his triumphant return to the Internet limelight, reemerging from his bizarre childhood as one third of Heene Boyz, a heavy metal band featuring Falcon and his two brothers. The group is based in Spring Hill, Fla., and performs songs with names like “Candy Cane” and “Latte Vampires.”

The whole thing is almost as strange as everything else the family has done in the past.

In case you can’t remember all the way back to 2009, Falcon Heene was the 6-year-old kid who hid inside his family’s garage while his parents sent America on a wild goose chase to find an errant balloon that they claimed temporarily inhabited their kid.

The strange hoax became the topic of national news, and brought all sorts of media types out to their old home in Fort Collins, Colo., where all of the family’s interviews were running smoothly until Falcon eventually vomited on NBC’s Today and told CNN’s Wolf Blitzer that his family fabricated the story “for the show.”

At that point, everybody in America had had enough of the crazy Heene clan and went back to impersonating Kanye West’s famous “I’ma let you finish …” speech.

Yo Falcon, I’ma let you finish, but the Reaper had one of the best preteen heavy metal bands of all time! Of All Time!

It’s important to note that this is not the first time Falcon Heene has emerged online as a major player in the modern music world. Shortly after the whole Balloon Boy fiasco, a YouTube video called “Falcon Heene Rap” surfaced that found Falcon and his two brothers doing their best Beastie Boys impression while they walked cockily down a train track.