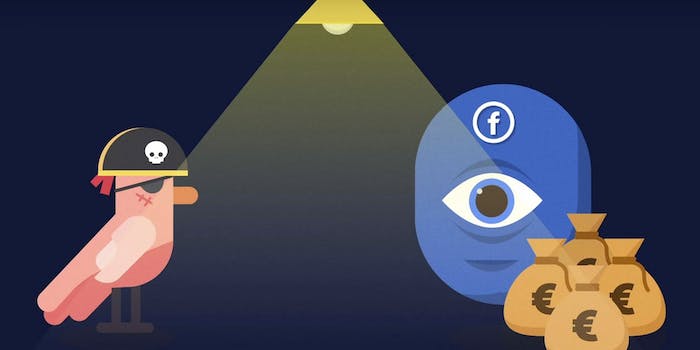 With a community angered, will Facebook make a change?

If you’re wondering just how Facebook amassed the impressive numbers of 8 billion video views daily after only a few short years, this video has the lowdown on how its success is based off YouTube theft.

Kurzgesagt, a German design studio and YouTube channel, outlined the alleged sins of Facebook in their video push. They point out that 725 of the 1,000 most-viewed videos from first quarter 2015 were stolen from YouTube and reuploaded to Facebook’s player, amounting in 17 billion stolen views. The whole issue is especially problematic because even if YouTubers can catch the “freebotted” videos on Facebook, there’s no monetization option on Facebook like there is on YouTube for copyright holders to make money back off their pirates.

This is not the first time that YouTubers have called out Facebook for faulty view counts. Hank Green, who runs VidCon and popular channels like SciShow and Vlogbrothers, wrote a multi-part blog series on the issue in August. He garnered much attention and support, but sometimes you need adorable illustrations to help catch the eye of the mainstream, which the Kurzgesagt video has in spades.

While Facebook responded to Green’s critique, there’s been no formal response from Facebook to the video yet.

H/T Business Insider | Screengrab via In a Nutshell – Kurzgesagt/YouTube