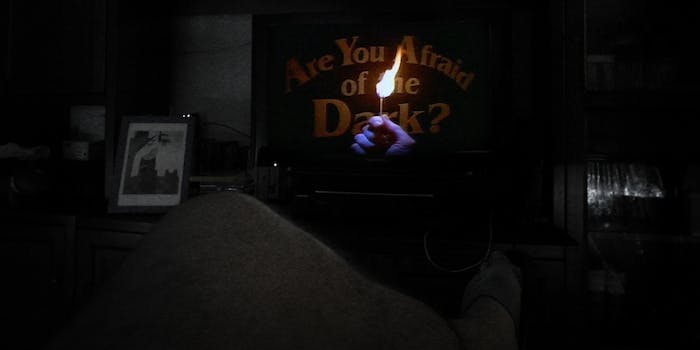 Every episode of ‘Are You Afraid of the Dark?’ is now on YouTube

The Midnight Society is back, and you can join in on YouTube.

Submitted for the approval of the Midnight Society, I call this the “Tale of How to Find Every Are You Afraid of the Dark? on YouTube.”

Are You Afraid of the Dark? was, like all good teenage television fare, a Canadian production that ran on Nickelodeon from 1990 to 1996. The premise was simple: Teens gather around a bonfire to tell scary stories to gain access to the aforementioned Midnight Society. Thanks to R2Teep2 on Reddit, there’s now a master list of every episode from all five seasons of the series that are available on YouTube.

Or, if you’re too scared to watch, there’s a YouTuber who reviewed several episodes of the series on his channel, although he gave up the enterprise five years ago. If you’re extremely brave, there’s a full playlist of the entire series loaded for peak pre-Halloween consumption.

Update 3:25pm CT, Oct. 27: Since publication, the Are You Afraid of the Dark? episodes have been geo-restricted on YouTube via the Reddit post, blocking U.S. users from streaming the episodes. However, there are still numerous versions still working at new links—for now.