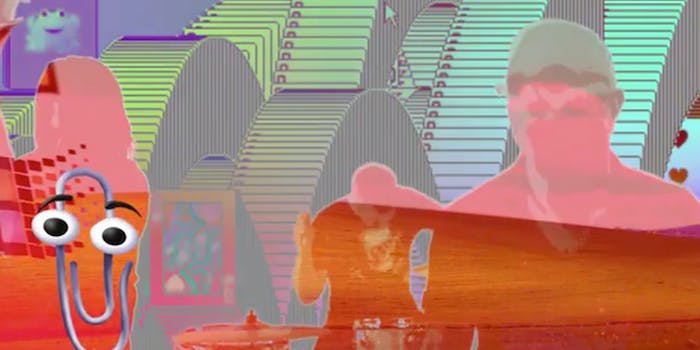 Clippy of mine, tell me where have you been?

These days, releasing your album via traditional promotional means is so boring. You’ve got to embrace the surprise reveal, as Thom Yorke and Beyoncé showed can be done successfully (U2, not so much). Now Everclear’s jumping on the bandwagon.

Everclear, the ‘90s band that enjoyed a few hits that have stayed alive in various karaoke rooms around the country, is making a comeback in the coolest way possible: by dropping a new album via newly unveiled operating system Windows 10. And the reveal is everything you thought it would be.

Yes, it’s a Funny or Die spoof, but it’s also completely feasible that this could be real. It’s nice to see the blue screen of death again.