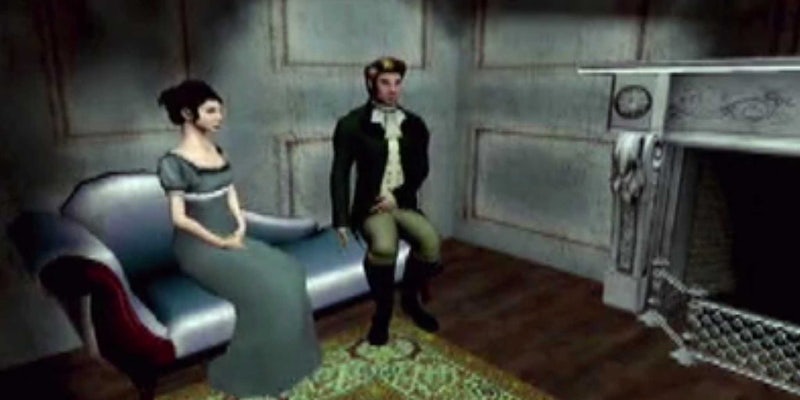 Careful what you say behind someone's back.

Two centuries ago, novels were considered a dangerously immersive form of entertainment. A young woman who read too much Jane Austen could disappear into that world completely, ruined reality-wise. So it seems delightfully apropos that gaming-industry veteran Judy L. Tyrer has undertaken the task of translating Austen’s prim but bitingly satirical plots into a massively multiplayer online experience—one in which the user can explore, gossip, and conduct liaisons to no end.


Tyrer and her outfit, 3 Turn Productions, are looking to raise $100,000 on Kickstarter for Ever, Jane, but there’s already a nifty free prototype to play with. Right now you can wander a small village, curtsy and bow to those you meet, and even spread nasty rumors about your rivals in order to destroy them socially. Additional funds will allow 3 Turn to develop many other features, including balls, dinner parties, and minigames. Eventually, the game could include full cities like Brighton and Bath, as well as aristocratic activities like hunting and embroidery.

As in a game like World of Warcraft, where players vanquish foes by decidedly more violent means than a withheld invitation or cutting remark, characters will demonstrate personalities—favoring Duty over Happiness, for example—that can change in the course of gameplay. And true to Austen, you can also band together to play as a family, or set out on a personal romantic quest, either of which would have a ripple effect in the larger community.

As Tyrer points out, there’s hardly a better environment in which to hone one’s strategic thinking: Players will have to be shrewd, slippery, and highly observant to succeed in high society. The good news is that you can buy your way into the monarchy from the start. At least one enthusiastic backer has contributed $10,000 to the Kickstarter fund, which guarantees, among other prizes, a small town named after your estate and the title of Earl. That’s a mighty fine starting point; just try not to fritter your fortune away with dowries for your many eligible daughters.