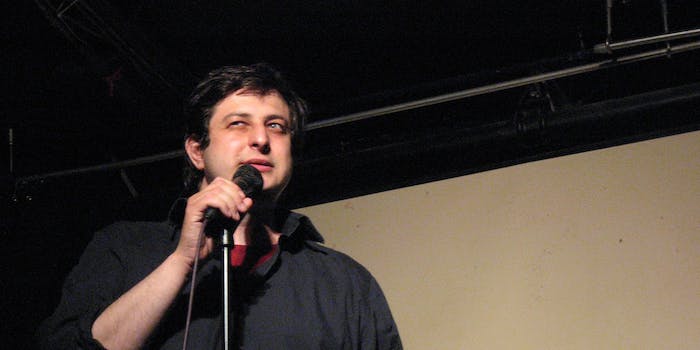 Companies Bob’s Burgers star Eugene Mirman has given the gas face to: Delta and Time Warner Cable. His latest target: the city of Portsmouth, New Hampshire.

Over the weekend, a full-page ad Mirman took out started circulating, addressed to the city of Portsmouth and the Parking Clerk’s office. Mirman was allegedly issued a $15 ticket for parking the wrong way when he visited the town in June, and after hearing God’s voice, decided to write a strongly worded letter. It was published in the Portsmouth’s supplemental 2015 Summer Guide. The paper’s publisher, Dave Karlotski, told Boston.com they were “delighted” to run it, but didn’t disclose how much it cost. 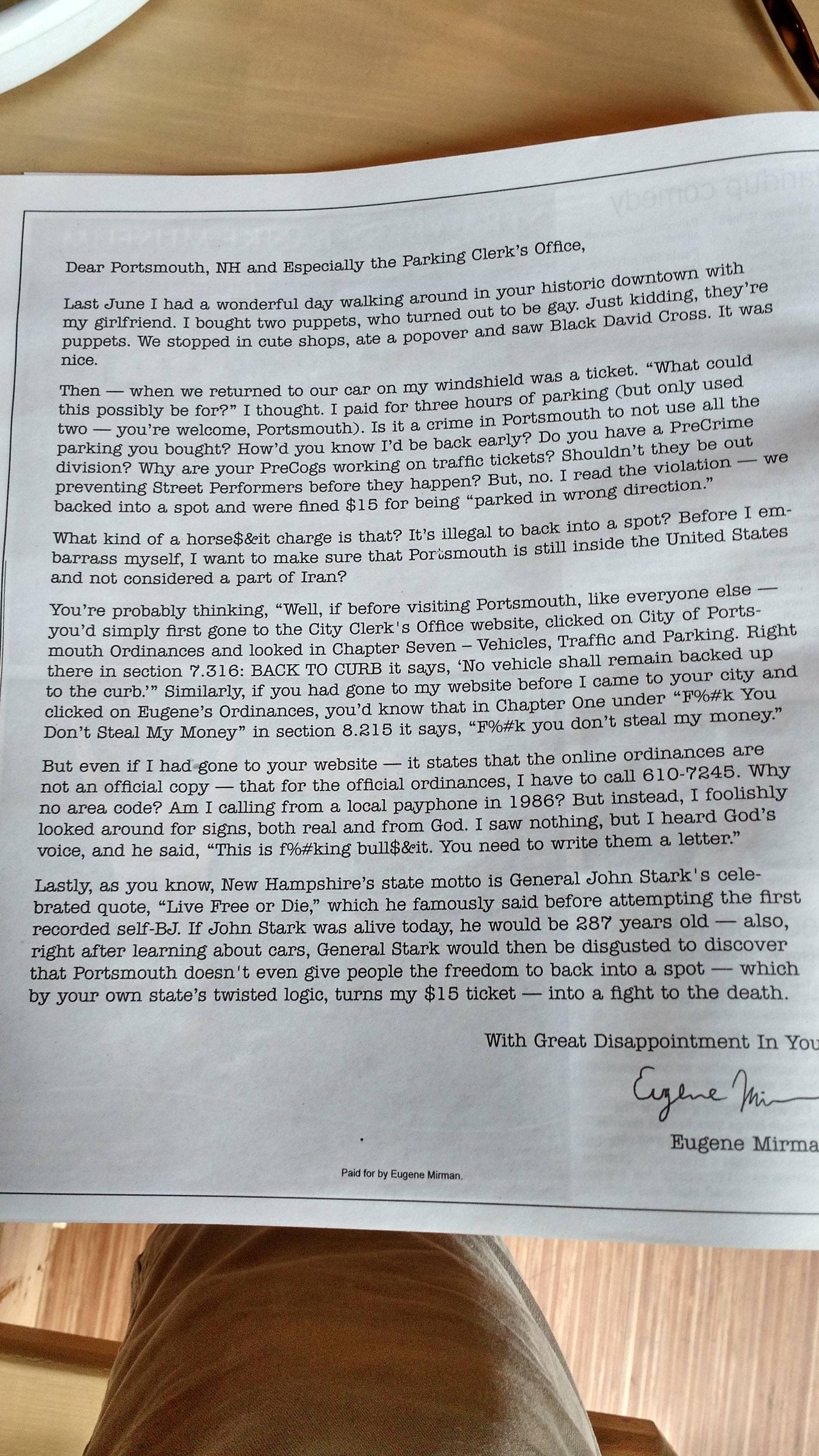 Yes, this seems a bit extreme over a $15 ticket, but a few commenters addressed that this is a known issue in Portsmouth. Others said he deserved the ticket, after he posted a photo of his car on Facebook. C’mon, he made a joke about Revolutionary War general John Stark! People are also using his ad as jumping-off point for their own ticket woes on Reddit, including this gem:

Dude! I just got fined $179 for falling out of my canoe in a state park into a lake that bans swimming. Freaking officer just appeared from behind a tree! I had all the right permits and life preservers and what not. I will join your angry mob.

If you’re a Bob’s Burgers fan, you’ve probably already had the same thought as this person. There is hope:

.@boscop It'll be in my next special and album, so yes.

This story’s easy to laugh at, but it’s also a reminder that calling out a parking injustice doesn’t always go so well.