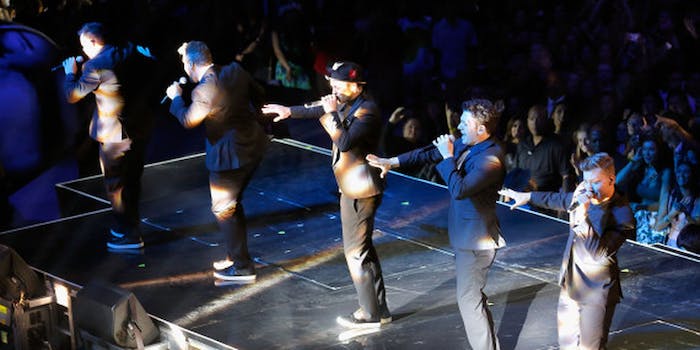 Even Lance Bass didn’t know about the new *NSYNC album

The only person more surprised than fans was a former member.

*NSYNC came out with a new album Tuesday, and nobody is more surprised by the news than one of its former members.

Lance Bass revealed that he was in the dark about the two-disc The Essential *NSYNC and had no idea there was a new “best of” album in the works from the band’s record company.

I love when the record label doesn’t even tell you they are releasing a new ‘NSYNC album tomorrow ! #TheyCare pic.twitter.com/8gWZ8OwqxX

Soon after Bass posted his disbelief, an edited version of that, marked as being written by Bass, appeared on *NSYNC’s official Twitter account. None of the former members of the boy band have said anything about the new album, and it doubtfully won’t inspire another reunion.

As fans proved when the band briefly reunited at the 2013 VMAs, people still love the band years after they last made any original music together. Currently, The Essential *NSYNC is out of stock on Amazon, but you can still buy a digital copy on iTunes, which includes their biggest hits as well as this gem from Sesame Street.