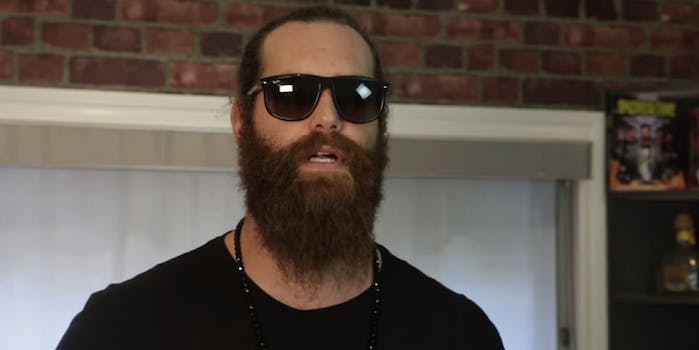 An eternal slacker, attempting to navigate his newfound celebrity as a digital influencer.

It’s not the Morensteins’ first foray into linear TV. Their flagship cooking show Epic Meal Time, featuring super-sized, bacon-heavy culinary creations by Harley and his kitchen crew of regular dudes, was adapted for cable TV as Epic Meal Empire, which debuted on FYI in July 2014.

Elebrity focuses on Herschel Bock, an eternal slacker attempting to navigate his newfound celebrity as a digital influencer. The role seems tailor-made for Morenstein, who has had small parts in the films Tusk, Dead Rising: Watchtower, Smosh: The Movie, the webseries Video Game High School. But no casting has been announced for the series, and a representative said that Morenstein is not slated to star.

The deal is a product of the inaugural Jumping Screens Comedy Workshop, a five-month development lab for online creators who want to incubate their projects for television and other platforms created by CFC Media Lab in collaboration with the CBC and Toronto-based production company Aircraft Pictures.

Participating along with NextTime in Jumping Screens were singer-songwriter and comedian Mikey Bustos, and Matthew Clarke and David Milchard, the team behind the webseries Convos With My 2-Year-Old. The program kicked off in June, and the three teams debuted their series concepts at a VIP screening and reception in late November.

Next Time Productions will co-develop Elebrity with Aircraft Pictures. The other two teams are also pursuing opportunities to develop their respective TV series concepts.