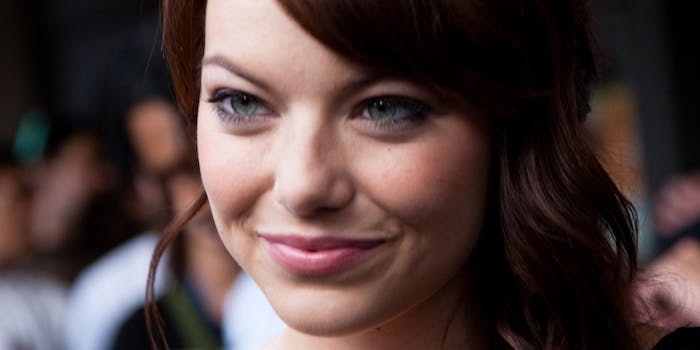 Hollywood is just a few minutes into its version of the Super Bowl: the 87th Academy Awards. But for the nominees and guests at the Dolby Theatre, the action started hours ago on the red carpet.

And J.K. Simmons might have taken home the first official award of the night, but we’d like to suggest that Emma Stone and Jennifer Aniston already won the hearts of millions with this adorable moment from the preshow.

We’re not entirely sure what prompted this hilarious photo op, but we do know this: Emmafer Anistone forever.

For more moments from the red carpet, check out our GIFs of all the best moments over on our Tumblr.